GRNews
GreekReporter.comHollywoodKelly Sarri Makes a Bold Statement With Her Documentary on Greek Tax...

Kelly Sarri has tackled plenty of topics in her filmmaking career. But her latest documentary, a close look into the widespread problem of tax evasion in Greece, may be her most important work yet for Greece and the world to view.

Greek individuals and businesses have long been criticized and internationally shamed for their notorious avoidance of taxation.

However, Sarri tries to look at the systemic problems which not only encourage but often almost mandate this sort of behavior in Greece.

Her documentary, called “Tax Evasion: A Greek National Sport,” exposes many of the underlying social and economic issues behind the practice to both a Greek and international audience.

As many of those interviewed in the documentary state, Greece’s tax burden is extraordinarily high. Most people, if they paid taxes in full accordance with tax laws, would actually end up paying somewhere between 70 and 75%. 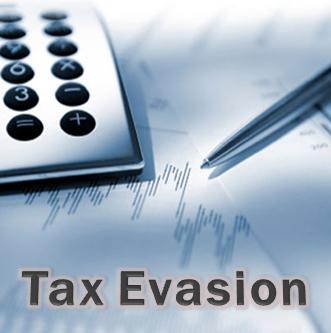 Both business owners and employees throughout the documentary point out that the vast majority of businesses would simply be unprofitable and unsustainable in Greece if they were to pay their full share of taxes.

Job seekers bring up the point that, if they were to request an amount compatible with living costs and full payroll taxes, they would not be hired. Their requested salary would simply not be competitive. This has led to a thriving black market in Greece, with people performing legal jobs being paid “under the table.”

In other words, “Tax Evasion: A Greek National Sport” looks at the problem of tax evasion in Greece not so much as a matter of choice, but as a necessity of survival in the Greek economy.

Sarri has won awards at festivals in Los Angeles, New York, and London, and at other internationally-acclaimed film festivals. She never shies away from taking a long hard look at difficult topics in her work.

“Tax Evasion: A Greek National Sport” has been screened at events all over the world, including the Los Angeles CineFest, and won awards at Global Film Festival Awards, Hollywood International Moving Pictures, Independent Shorts Awards, and at least a dozen other major festivals.

Originally from Thessaloniki, Sarri studied at the prestigious Aristotle University of Thessaloniki Film School before moving to Los Angeles to earn her MFA in TV & Film Production at Loyola Marymount University.

In her several years of experience as a director and editor, Sarri has directed a wide variety of projects, from a nationally televised PSA about Alzheimer’s awareness in Greece to a recent music video for musician Georgia Water. She has also worked as an editor for several major national TV series in Greece.

Thanks to her film expertise, Sarri was also selected as a judge at Z-Fest as well as the Hollywood Film Festival.

In the future, Sarri wants to focus even more on both documentary and fictional work which portrays underrepresented or misunderstood parts of the world. She wants to use her filmmaking abilities to enact positive change and bring awareness to as many people as possible.

With her experience and abilities, as well as an impressive accumulation of award-winning projects, the sky seems to be the limit for Kelly Sarri.