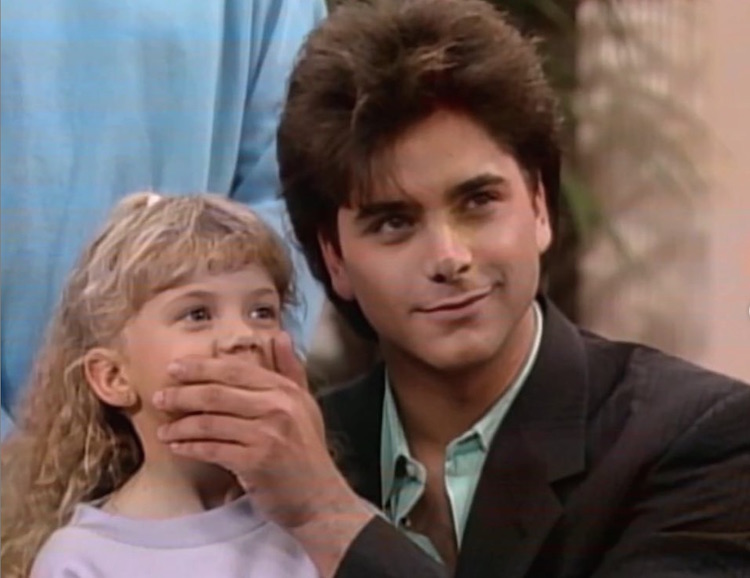 Greek-American actor John Stamos teared up at an recent award ceremony in Los Angeles  over the support and love he received from “Full House” castmate Jodie Sweetin. He credits her friendship with helping him on his own path to sobriety.

Stamos was chosen to present the award, called the “Strength and Hope Award,” to Sweetin for the group called the “Writers in Treatment Experience.” The ceremony was held at the Skirball Cultural Center in Los Angeles on February 28.

While introducing Sweetin, Stamos said, “It took me a long time, a long time disappointing everyone who cared about me, culminating in a terrible DUI where I could have killed somebody. I hit rock bottom.

“Jodie lovingly allowed me to walk my own path, and when I finally humbled myself to ask for your help, I realized that the perky little blabbermouth had become the master of wisdom and was right by my side during some of the most difficult days of my life,” Stamos recounted.

The Greek-American actor remembered how Sweetin helped organize twelve-step meetings for the actor both at his house and on the set of “Fuller House.” Stamos became emotional and thanked his former co-star profusely for all she had done for him.

Sweetin has battled her own addictions in life, which she wrote about in her book “unSweetined.” The book earned her the award from Writers in Treatment, which is intended for people who eloquently share “their honest journey from addiction to recovery, and their dedication and enthusiasm for carrying the message to a society awash in addiction.”