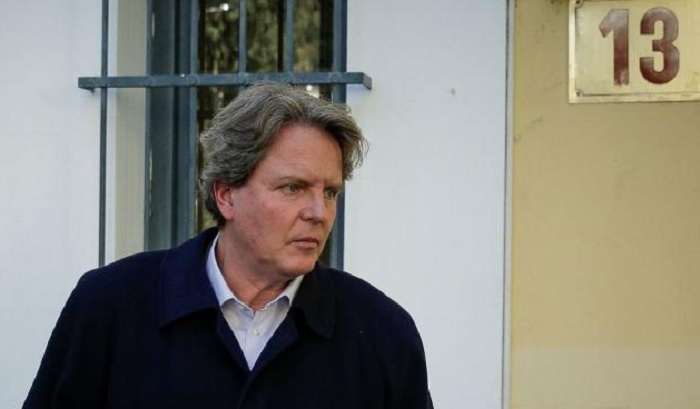 A Greek court handed down a 28-month suspended sentence on Tuesday to Nikos Georgiadis a former conservative MP, diplomat and vice president of the American College of Greece, who was found guilty of the sexual abuse of minors in Moldova.
Georgiadis, was briefly arrested in the former Soviet republic in 2010 on suspicion of sexual abuse, but was released because he had diplomatic immunity.
At the time, Georgiadis was an adviser to a diplomatic mission to the country. The mission had been financed by the European Union and created by the United Nations Development Program.
The case came to light in 2016 following a report in the Romanian press titled “75 euros for a night with 16-year-olds” which alleged that Georgiadis was among a ring of European pedophiles.
The report, which included a testimony from a victim who said that the Greek politician had paid him 75 euros for a massage and then raped him, was republished in Greece by the journal Hot Doc.
A Greek prosecutor decided to investigate the case and this forced Georgiadis to resign from his post as an adviser to the New Democracy main opposition party as well as from his post of VP at the American College of Greece.
The case was finally brought to an Athens court on Tuesday which found Georgiadis guilty of sexual abuse to minors.
The former New Democracy lawmaker categorically denies the charges and says that he was framed. He adds that he will seek to overturn the ruling and prove his innocence in an appeals court.
“The decision was the product of a judicial error, since the whole process did not reveal the slightest evidence against me. Nevertheless, I have confidence in Greek Justice and I am confident that I will be vindicated at the Court of Appeal,” he said in a statement.
Georgiadis, born in Corfu in 1964, studied law and economics at the University of Sussex in the UK.
Since 1996 he worked for private companies as a consultant in various programs for developing countries, mainly funded by the European Union, the World Bank and the United Nations. He was the director of Planet Ernst and Young’s consultancy company.
After his time in Moldova, in 2011, he became vice president of the American College of Greece. In this capacity he was in daily contact with students. He was also a keynote speaker at the celebration of the Zografeion school, in Istanbul for its 118th Anniversary.


There were several documented cases of pedophilia and sex tourism in Moldova during the period of time that Georgiadis was based in the country.
In May of 2009, U.S. citizen Anthony Mark Bianchi was sentenced to 25 years in prison for traveling to Moldova and Romania for the purpose of having sex with minors.