Despite Financial Crisis, Greece Still Better Off In the Eurozone 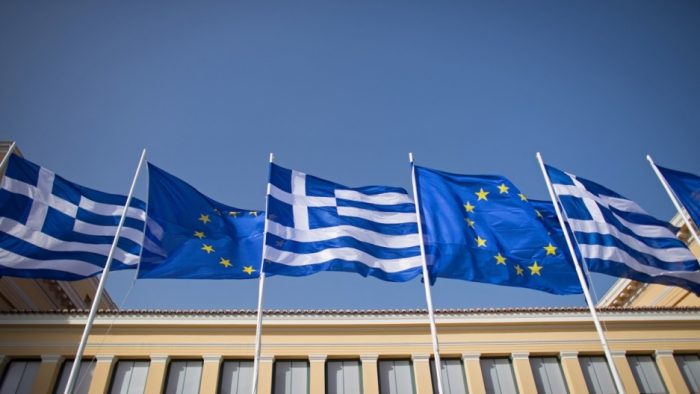 The Center for European Policy (CEP) published a study on Monday which states that Greece added €2 billion to its economy in the sixteen years between 2001 and 2017.
This figure is of course quite low compared to other Eurozone member states, since Greece saw a dramatic decline in its gross domestic product between 2009 and 2016.
However, despite the loss of more than 25 percent of its national economy, Greece is still slightly better off than it was one year before joining the  Eurozone back in 2001. At that time, the Eurozone was comprised of eleven more countries than it is today.
The study conducted by the German think tank noted that if Greece hadn’t suffered so much from the financial crash of 2008-2009, it would be wealthier by several billions of euros, as a result of its membership in the Eurozone.
In order for the trend to remain on the positive side, the Center suggests that Greece must implement — without further delay — reforms which will create a friendlier business environment. According to the Center, this would boost the country’s competitiveness and create more wealth.
Greece joined the Eurozone in 2001, one year before its official launch on January 1, 2002.
Today, the Euro is used by more than 340 million people in nineteen EU member states.