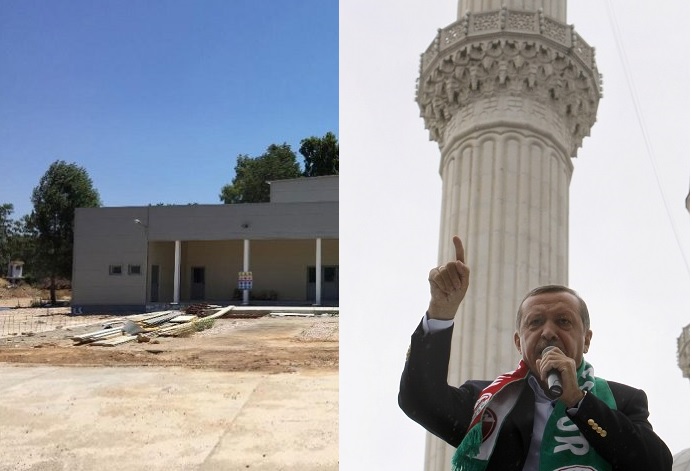 Turkey’s president Recep Tayyip Erdogan said on Saturday that minarets should be built on  the mosque in Athens currently under construction.
“Why isn’t there a minaret? Can a church be a church without a bell tower?” Erdogan was quoted as saying by the Turkish news website Ahval.
The Turkish president was referring to the mosque near completion in the Athens district of Elaionas. It will be the first mosque in the Greek capital since the end of the Ottoman occupation.


In his speech given in northern Turkey, Erdogan explicitly linked the question of the missing minarets in the Greek capital to the reopening of the Halki Orthodox seminary near Istanbul.
“We say, you want to build a bell tower? Come and do it… But what is an essential part of our mosques? The minarets.”
“Look, you want something from us, you want the Halki seminary. And I tell you [Greece], come, let’s open the Fethiye Mosque,” he added, in reference to the newly-restored mosque in Athens’ Roman Agora.
The Fethiye Mosque was built in 1458 during the Ottoman occupation of Greece but has not been used as a mosque since 1821.