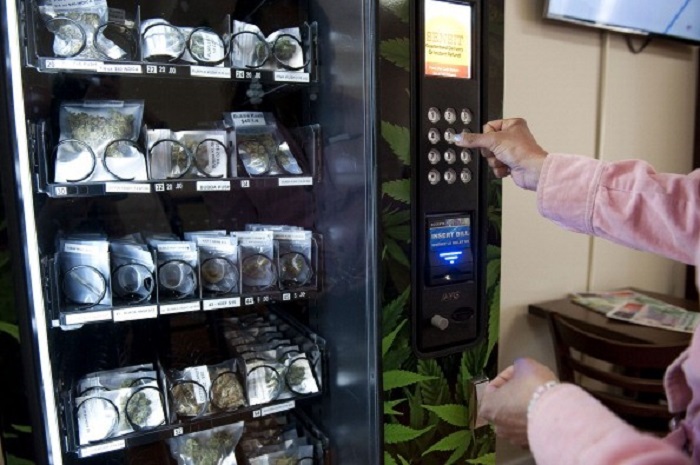 Athenians and tourists can now buy cannabis products from a vending machine which was installed earlier this week in the center of the Greek capital.
The machine, which is seen by some industry watchers as a potentially important part of the future of marijuana retail – is much like the machines which dispense soft drinks and food. The new vending machine, the first of its kind, is located along Panepistimou Avenue.
The machine belongs to Hempoil, the first official Cannabidiol (CBD) -based product store in Greece, which plans to install a second vending machine soon in Thessaloniki.
Cannabidiol is a cannabis compound which producers claim offers significant medical benefits, but which does not make its users feel “stoned.”
Greece legalized cannabis for medical use in 2017, and in March of 2018 it lifted a ban on growing and producing marijuana, in the hope of drawing foreign investment into the sector.
The construction of new facilities for marijuana growing are underway in several locations in Greece, and production of industrial and medical cannabis may begin as soon as late 2019. 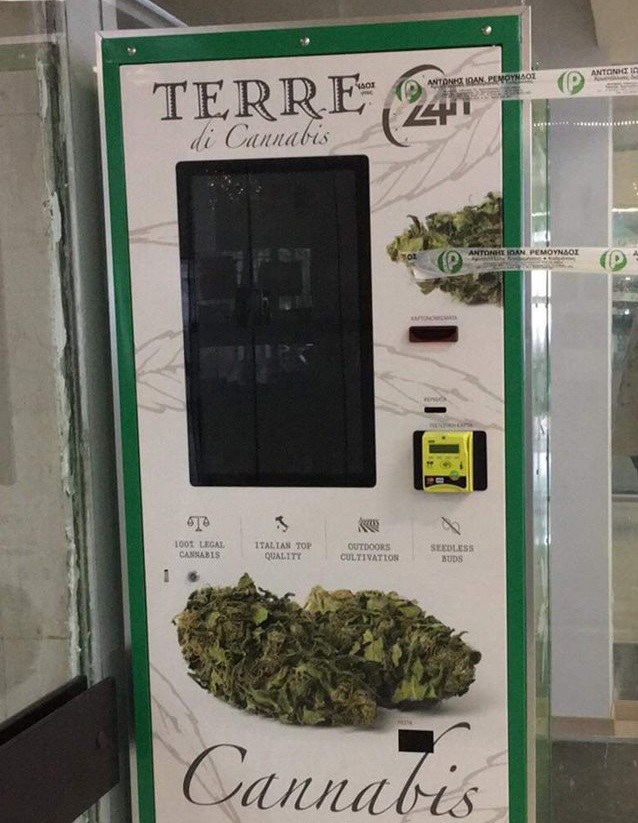 The Fascinating 3,000-Year-Old Story of Greece’s Presence in Britain