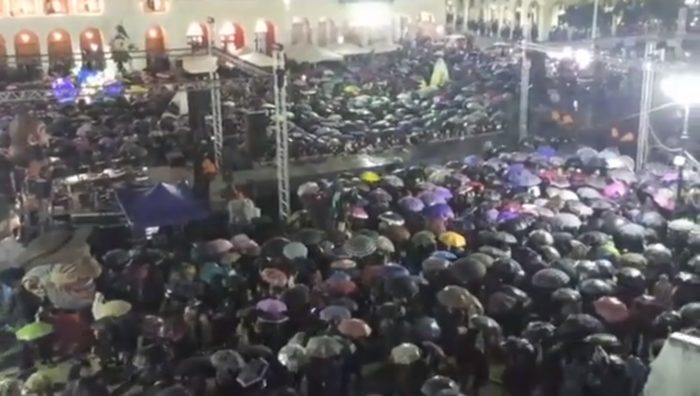 Despite heavy downpours, thousands of people attended the celebrations of the opening ceremony of the world-famous Patras Carnival on Saturday night.
The third largest city in Greece has a rich history of celebrating the annual Carnival season going back to the early 19th century.
The theme of this year’s ”Patrino Karnavali” is ”the Carnival that Makes History and Brings Back Memories”.
Due to the bad weather, the authorities decided to delay the beginning of the celebrations, but thousands of people waited patiently in the rain for the festivities to begin.


Officials had even contemplated canceling the opening ceremony altogether due to the inclement weather. However, it was decided to present some parts of the program, while many of the concerts which had been scheduled to take place were canceled.
The festivities which began yesterday, culminate in the last weekend of Carnival, just before ”Clean Monday”, the first day of Great Lent. That evening includes the famous Saturday night parade showcasing all the carnival groups.
The final event of the Patra Carnival will feature the ritual burning of the ”Carnival King” at the St. Nikolaos Street pier in Patras’ harbor, which will take place on March 10, 2019.