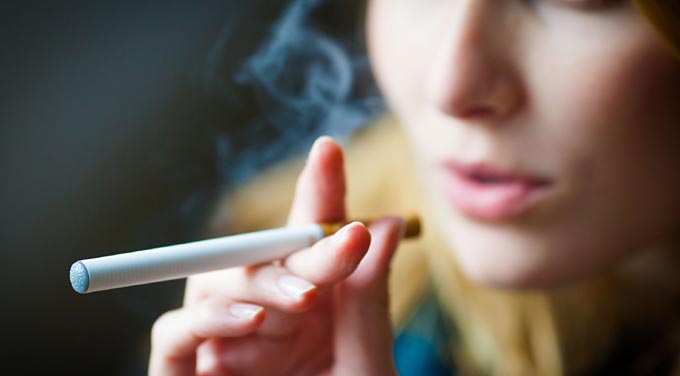 A new study commissioned by the Onassis Cardiac Surgery Center in Athens, the National School of Public Health and the universities of Patra and Macedonia has revealed that  cigarette smoking in Greece has been drastically reduced.
Credit for this sea change in behavior is thought to be due to the use of electronic cigarettes. A high proportion of Greek citizens has quit smoking altogether due to the use of these new types of cigarettes as they weaned themselves away from smoking traditional cigarettes.
Dr. Konstantinos Farsalinos, noted that “data shows that Greece is the most successful country in the world in terms of the positive effects of electronic cigarettes on reducing smoking in the population.” Dr. Farsalinos was the study’s main researcher.
A sample of 2,568 former and current smokers in the Attica region was used to conduct the study. The research led to the surprising discovery that since 2014, some 40% of smokers who kicked the habit either used electronic cigarettes to help them stop smoking, or currently use electronic cigarettes.
Of those who participated in the study, 36.2 percent of e-cigarette users also use tobacco products, while 62.2 percent are former smokers, and 0.2 percent have never smoked anything but electronic cigarettes.
Recent studies have shown surprising and quite promising results for smokers who begin using electronic cigarettes in an effort to stop smoking. Electronic cigarette users are in fact 11 times more likely to quit compared to those who try to stop with other methods, such as the nicotine patch.