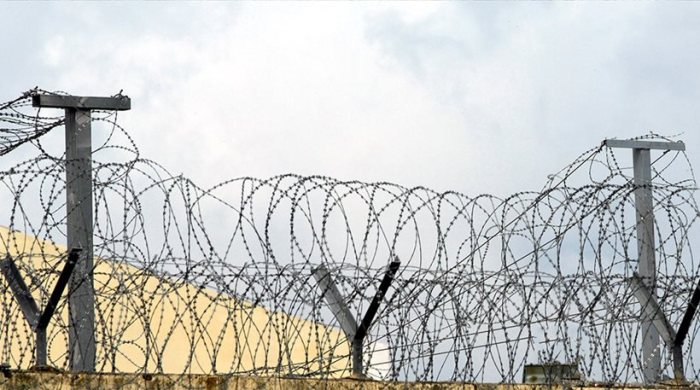 Two prisoners from Athens’ Korydallos high-security prison of broke out in the early hours of Wednesday, forcing the Greek capital’s police authorities to launch an extensive manhunt to locate and arrest the inmates, who are Albanian nationals.
The two Albanians were not present during Wednesday’s morning roll-call, alarming the guards, who then determined that the two prisoners had escaped.
According to the Greek newspaper Kathimerini, the two inmates managed to use a makeshift grappling hook and a rope to jump over the fences around the perimeter of the prison, at a certain point which was not guarded at the time.
The Korydallos Prison Complex  houses both maximum-security male and female inmates and is located in the Korydallos suburb of Piraeus.
A massive riot took place at Korydallos in November 1995, in the longest period of unrest ever in any Greek prison. Inmates took control of the premises for several days and fought with prison guards and police.