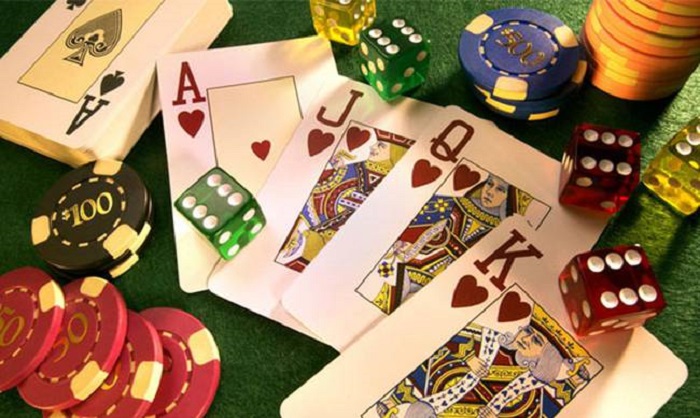 Outside of the Greek world, it is little known that Greek people nearly always play cards on New Year’s Eve. But according to Greek folklore beliefs dating back to ancient times, the new year will not go well if one doesn’t play cards on New Year’s Eve.
If one plays cards and loses, it augurs that the new year will be full of bad luck. But if one wins, jubilation will reign. At least for a while.
The custom is observed so seriously by some, that they would allow their young children to play cards with them, or by themselves. This is why there are some simple gambling games for children.
Folklorist Gerasimos Rigatos explains that the word Greeks use for a deck of cards, “trapoula”, is an Italian word (“trappola”) that means trap, fraud, or deceit. He notes that a deck of cards can be found in most homes, of both the rich and the poor.
Since New Year’s Eve is a “transition period” holiday, where one year passes into the next, we want to welcome the new year with a game of cards, sweets, wine and so on, Rigatos says.
For the winner, the new year will be full of good fortune. But the folklorist says that even the loser in the game of cards has grounds for optimism, because of the Greek saying: “The one who loses in the game of cards, wins in love”.
So everyone leaves the table happy in the early hours of New Year’s Day.
The folklorist says that beginning in 1884, the printing of playing cards became a monopoly of the Greek state. Only the government could manufacture playing cards and sell them until just a few decades ago. Decks of cards were very heavily taxed, and that particular levy was used to pay back loans after the Greek government’s bankruptcy at the end of the nineteenth century.
Up until a few years ago, when lotteries and football betting were a also a state monopoly, the Greek state also contributed to the custom of gambling on New Year’s Eve by sponsoring a national lottery. The New Year’s Eve Lottery drew extra attention from gamblers, and the amounts won were much higher than the regular weekly lotteries.
Bu much more importantly, sitting at the table to play cards the night before the first day of the new year, was an opportunity for family and friends to get together and enjoy each other’s company. In most cases, the betting amounts are so little that they are merely symbolic and hardly qualify as real gambling.
The most popular card games are 21 (similar to Blackjack, but with a kitty in the middle), 31 (similar to Blackjack but each player tries to get 31 instead of 21, and “Thanasi” (Rummy).
“Zaria”, or dice, is played with two dice by two players in turn and there are set winning and losing combinations (6 and 6 or 6 and 5 win, 1 and 1 or 1 and 3 lose, etc.). Betting takes place before the throw of the dice and there is also side betting around the table.