Ten Dishes to Add Greek Flavor to Your Christmas Dinner 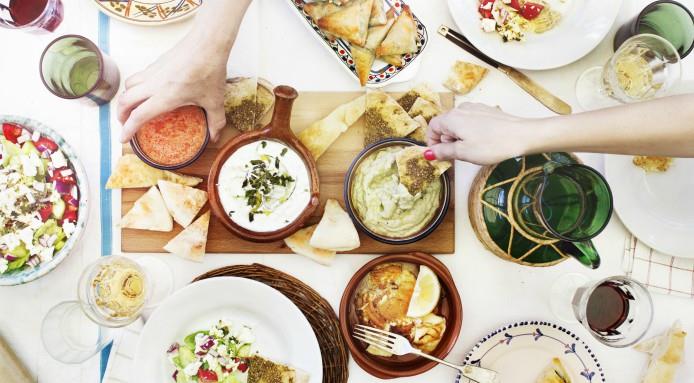 Greece is a country with deep religious traditions, a strong sense of family, and a very festive spirit. And those are the necessary ingredients to make Christmas one of the most important celebrations in the Orthodox Calendar.
As with any Greek tradition, the essential elements will include a joyful gathering of family and friends, and a delicious table with dishes that have been passed from generation to generation. Here are some holiday classics that will add a very Greek flavor to any Christmas dinner.


No dinner can begin better than with a selection of sauces and spreads from different areas of the country. From the traditional tzatziki, made with fresh yogurt, to the rustic skordalia, with potatoes and garlic. Add some hot pita bread, a generous amount of olive oil, and let the dinner begin. 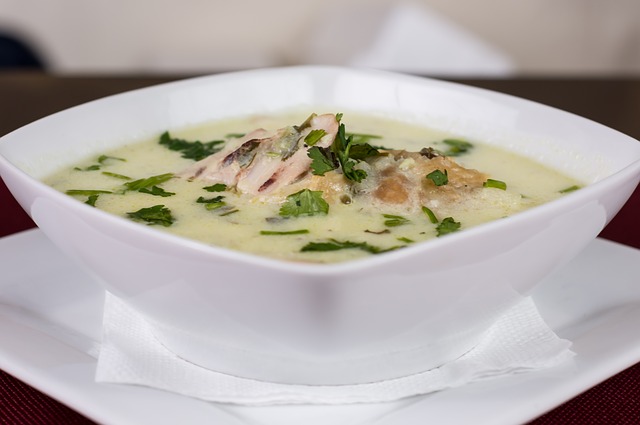 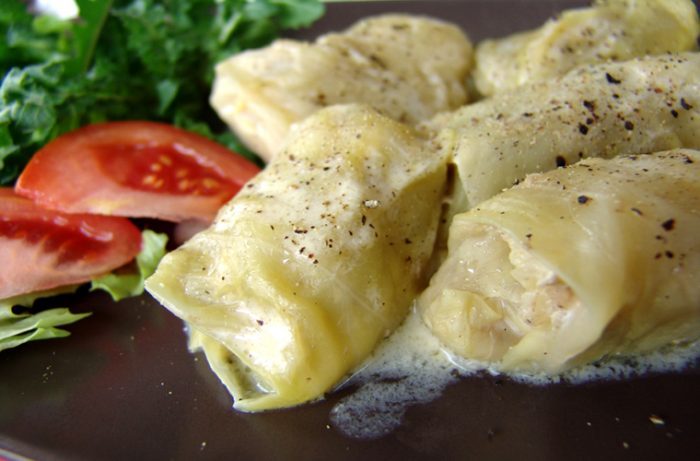 Yiaprakia is a dish from northern Greece which can be found in every corner of the country during the holiday season. Yiaprakia are cabbage leaves stuffed with minced pork, or minced pork and rice. Yiaprakia, the Christmas variation of the more famous dolmades (stuffed vine leaves) are often served with a generous amount of avgolemono sauce. 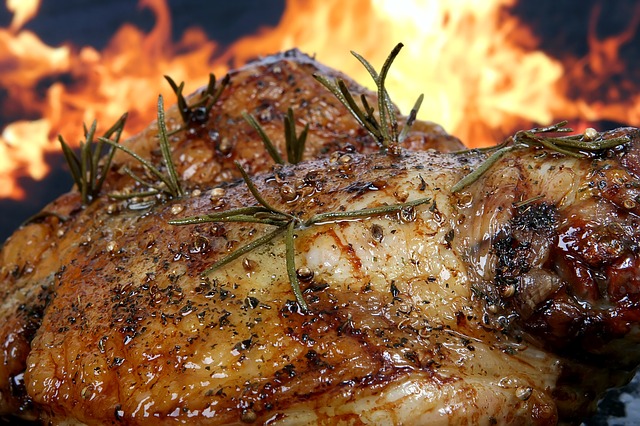 Pork is the number one meat to eat in Greece at Christmastime, and it is part of a very old tradition when families would raise a pig to slaughter on Christmas Eve and serve it as the main dish on the following day.
However, not all the pork would be eaten on Christmas day, so the meat was also prepared to preserve it for the rest of the year. Sausages, smoked chunks of pork (apakia) or meat in gelatin (pithi) were some of the ways to preserve it.


Today, things are less complex, but the pork tradition remains. Pork is commonly served in stews, baked, roasted and is even found inside puff pastry. However, pork with celery and avgolemono sauce still plays a leading role during the holidays. 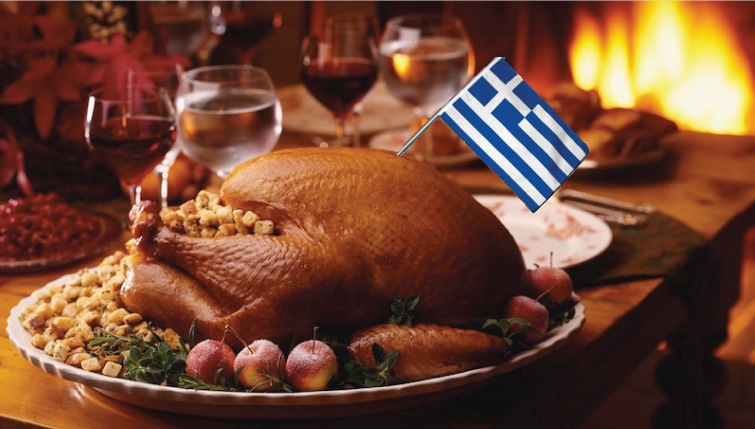 Turkey has rightfully made it to the list of traditional Christmas food from Greece. It has recently become a choice for many families who serve it as the main Christmas dish. In Greece, the holiday turkey is made special by adding a rich stuffing which includes rice and raisins, nuts, mincemeat and a generous quantity of wine. 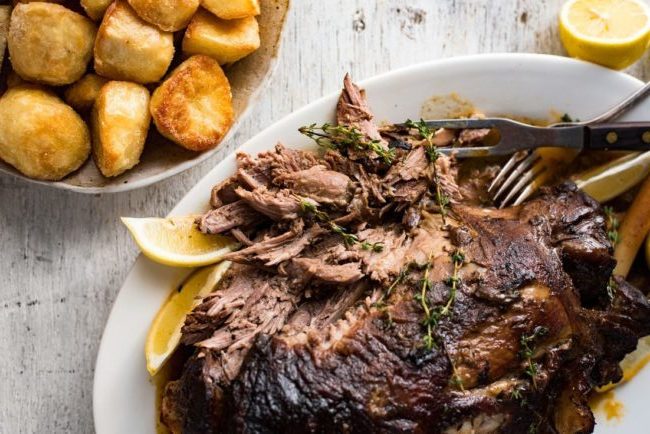 A lamb that has spent over 5 hours inside the oven (or better, inside a wood oven) roasting and absorbing aromas of thyme, oregano and rosemary can only turn out to be a Christmas favorite. It is also served with traditional potatoes roasted in the oven. 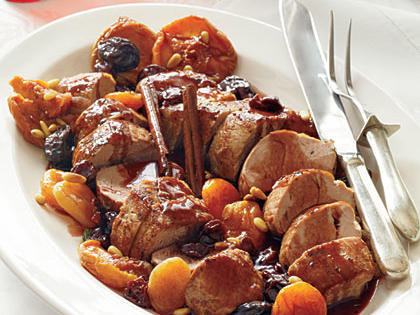 Veal is another delicacy bound to be served at the Greek Christmas table. Tender bites of beef stewed are even better when cooked with and served together with cognac, apricots, and plums. A dense red sauce from the slowly cooked meat matches perfectly with potatoes baked with olive oil and thyme. 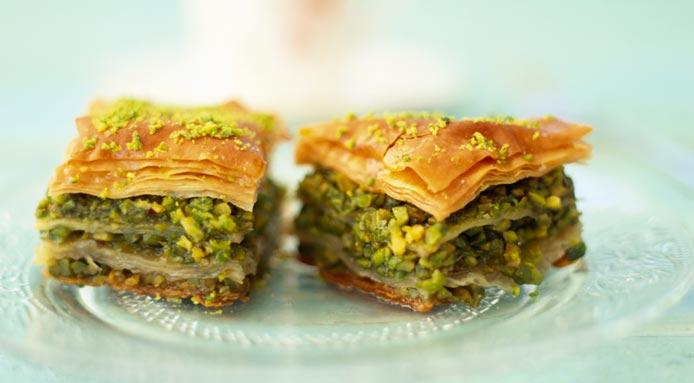 Not as traditional as Greek Christmas cookies (melomakarona and kourabiethes), baklava is still one of the sweets many Greeks love to have during the winter holidays. Baklava is best described as crusty layers of phyllo dough combined with walnuts, pistachios and lots and lots of honey. 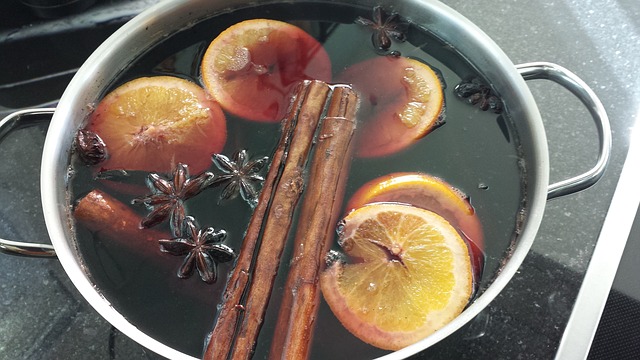 Mulled wine from Greece will get anyone into the right Christmas spirit. Ingredients include a bottle of a red wine (better if it’s semi-sweet or sweet) as well as spices and such as cinnamon, cloves, peppercorn, cardamom, and nutmeg. In some regions, they add star anise and dried fruit or orange zest. The krasomelo also requires a few spoonfuls of authentic Greek honey. 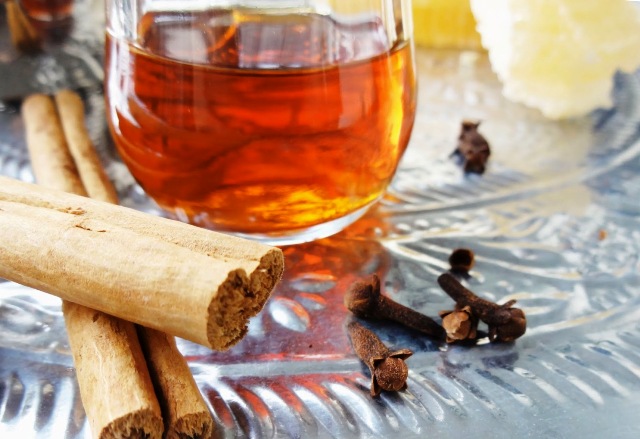 For those in need of a stronger spirit to warm their soul and heat their body as well, the best idea is the Cretan rakomelo (made of raki with honey and spices). Rakomelo is served warm, and is quite similar to mulled wine. According to tradition, rakomelo needs a clove, a teaspoonful of honey and another one of cinnamon for every 4 shots of raki!