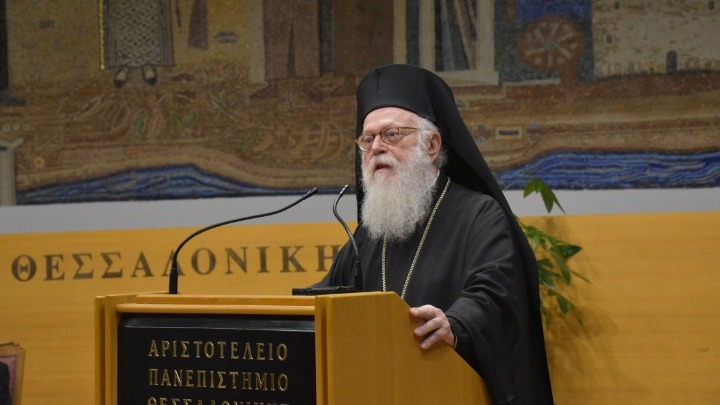 Archbishop Anastasios of the Albanian Orthodox Autocephalous Church has stated that he sent condolences to the families of both Konstantinos Katsifas and Petrit Zilfa, despite recent reports to the contrary.

The Archbishop’s clarification comes after a recent report in Albanian media that he had sent his sympathies only to the family of Konstantinos Katsifas, the 35-year-old Greek man who was recently shot and killed by Albanian police.

The report also averred that the Archbishop did not send condolences to the family of Petrit Zilfa, the ethnic Albanian who was recently murdered by an alleged nationalist in Greece.

The archbishop’s statement says, “This claim is totally untrue. Archbishop Anastasios sent condolences to both families (including) to the Zilfa family on December 5.”

The statement goes on to say “Those who follow events closely are well aware that Archbishop Anastasios is sympathetic … to the pain of people, and treats events with discreet silence despite the threats that he receives from extremist groups from both countries.

The communique concludes by stating, “Well-informed and objective circles in both Albania and Greece know that for 27 years Archbishop Anastasios has strived for peace, mutual understanding and mutual respect between peoples.”