By Kerry Kolasa-Sikiaridi
November 28, 2018
Facebook
Twitter
WhatsApp
Linkedin
Email
The 21st annual Olympia International Film Festival for Children and Young People will take place from December 1-8 in the cities of Pyrgos and Amaliada, Greece. This unique event draws enthusiastic filmmakers and film buffs — many of whom are young children — from all over the world.
Attendees can screen feature films, documentaries and short fiction live action films. There is even a category for short animation films.
The weeklong event, celebrating its 21st year, is the country’s largest youth and children’s festival and combines education about moviemaking with entertainment for all who attend. 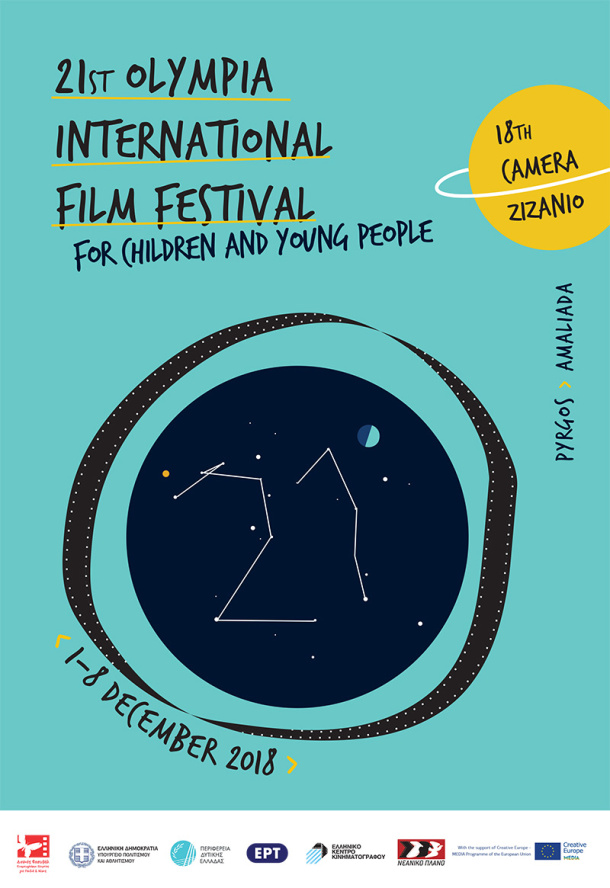 The festival’s success surely has to do with the positive messages of many of its films.The Festival staff selects films to show during the event that promote intolerance to violence, respect for life, nature and culture.
Focusing on childhood and youth, the films are inspired by UNICEF, UNESCO and other international organizations that aim to develop  critical and creative thinking in young people.
At this year’s festival 76 films from 50 countries will compete in feature fiction, short fiction, animation short and documentary categories. In all, there will be 127 films from Greece, more than 100 films from other European countries and 30 films from the rest of the world competing in the festival’s Popular Film section.
An international jury composed of five judges will award honors such as Best Actress in a Feature Film and Best Screenplay. There will also be separate International Kids and Documentary juries who will award Best Picture honors in those categories.
The event will also include “Camera Zizanio” — an extraordinary showcase of films made by kindergarteners without any assistance from adults.
The event is held in collaboration with the local authorities of Ilia, and “Youth Plan”, a not-for-profit organization. It is supported and sponsored by the Greek Ministry of Culture and the General Secretariat of Youth.