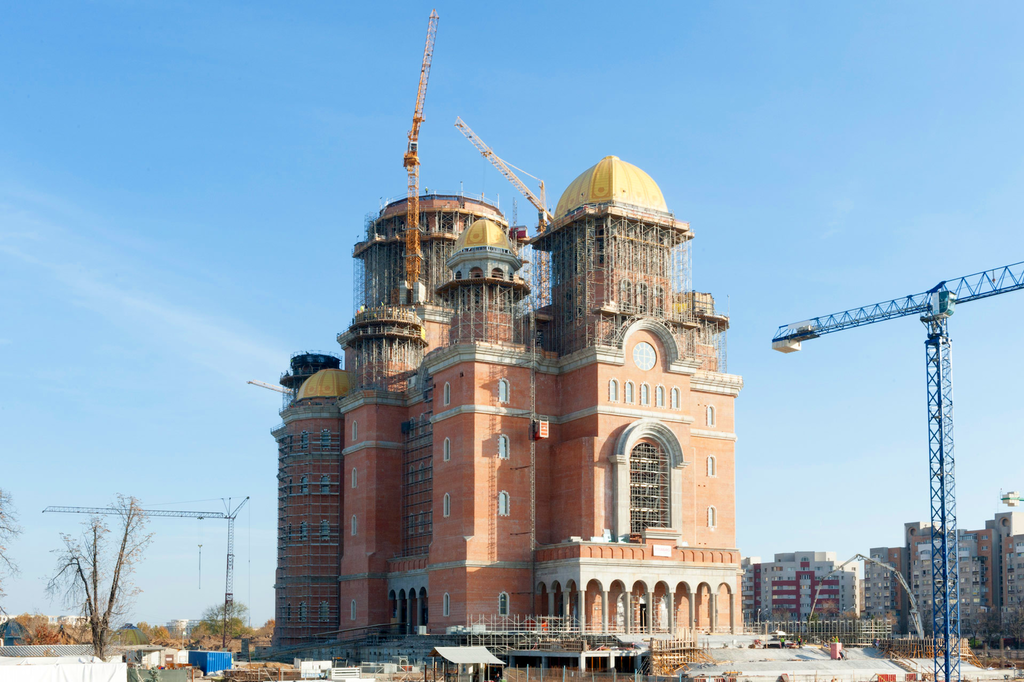 Ecumenical Patriarch Bartholomew  on Sunday blessed the world’s largest Orthodox church, located in Bucharest, Romania. He officiated at the ceremony along with Romanian Patriarch Daniel and one hundred priests, according to a report from the AP.

Many thousands of people braved the cold weather and flocked to the Sunday event. There were several scuffles with police as people tried to get as close as possible to the ceremonies.

The cathedral is divided into a main hall, secondary halls and rooms for special events. It also houses an icon and religious clothing shop; a workshop for carpentry, upholstery and metal work, and a museum. In addition there are storage rooms, a refectory, parking access, and space for employees.

The cathedral was completed despite ongoing controversy about the building of such a costly edifice. Romania, one of the poorest countries in the EU, does not even have an official religion, yet enormous sums of public money were spent on the cathedral. The project cost a whopping 250 million euros ($283.5 million) for the building itself plus 150 million euros ($170 million) for its surrounding courtyard.