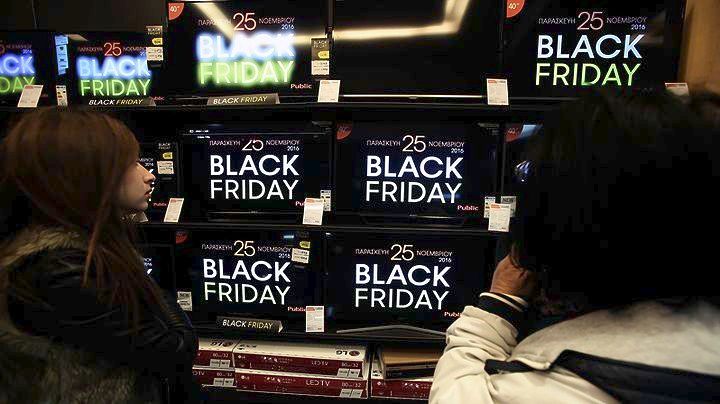 Black Friday hype has engulfed Greek consumers eager to take advantage of the sales offered by retailers.
Introduced to Greek consumers in 2015, with mostly electronics stores entering the bandwagon, three years later it has turned to an event for most retailers in the country.
This year coffee bars, souvlaki restaurants, a solicitor’s practice, and a funeral service offer discounts.
Funeral service Boukouras, based in Thessaloniki, continues for a second year its participation Black Friday promising up to 80 percent discount on selected coffins. Its slogan for 2018 is “Prices come down to earth!” 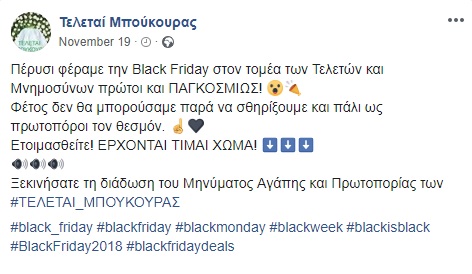 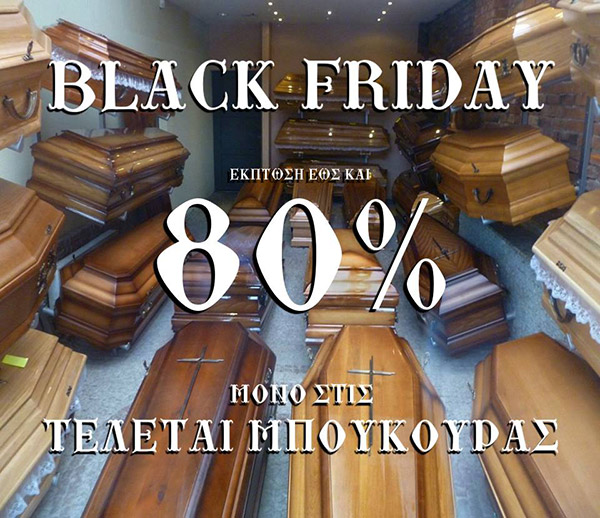 A solicitor’s office in Amaliada, Peloponnese, offers a 60 percent discount on divorce costs. 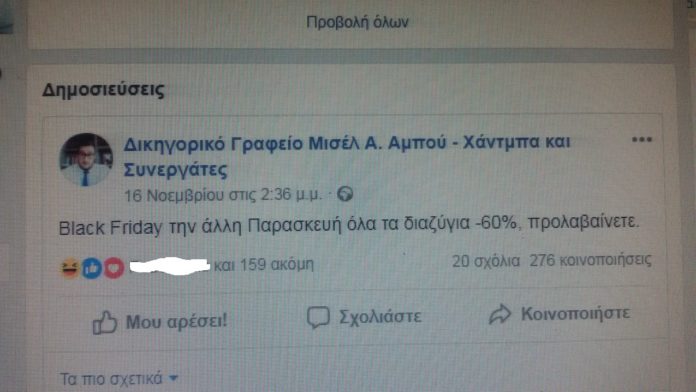 Souvlaki restaurants, coffee shops have also joined the Black Friday hype offering discounts for their customers.
The event is burdened by the notorious sense of hyperbole with which Greek retailers and businessmen usually conduct their affairs.
Greek retailers use the event as an excuse to get rid of older models, dropping their price by an average of 20% to 30%.
That’s almost the rate offered by online retailers all through the year – particularly in the electronics sector. To be fair, burdened by a crisis-stricken profit drop, most retailers are desperate for a break, even via hyped-up Black Friday sales.
Nevertheless, with zero background on the event and no established rules concerning sales, all the BF-related media promotion and frenzy appears misleading, to say the least.