Rightist Populist Parties on the Rise — With Greece the Leftist Exception 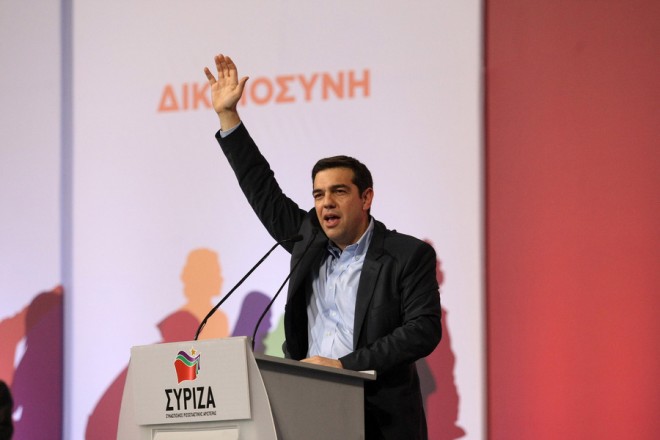 Populist parties in Europe have tripled their parliamentary power in the past 20 years, with most of them leaning to the right with the exception of Greece’s leftist SYRIZA that came to power, according to a study conducted by the UK’s Guardian newspaper.
The Guardian, in collaboration with thirty political scientists, analyzed the performance of populists in national elections held in thirty-one European countries over the past twenty years. The study shows that populists have managed to place their leaders in positions of power in a total of eleven countries.
According to the study, populism has been rising steadily at least since 1998. At that time, populists were on the margins of political power, capturing only 7 percent of the total vote across Europe. However, in the most recent national elections in the thirty-one countries studied, one in four Europeans voted for a populist party.
“Today (populism) has become increasingly mainstream; some of the most significant recent political developments like the Brexit referendum and the election of Donald Trump cannot be understood without taking into account the rise of populism,” said Matthijs Rooduijn, a political sociologist at the University of Amsterdam who led the research project.
“The breeding ground for populism has become increasingly fertile, and populist parties are ever more capable of reaping the rewards,” Rooduijn added.
Populism is rising all across the political spectrum, but mostly on the right; and it is not a European phenomenon alone, as populist governments have been elected in the United States, India, Brazil, Mexico and the Philippines. Viktor Orban in Hungary and Matteo Salvini in Italy are prime examples of European right-wing populism — playing the refugee card, as some see it — and according to others, giving voice to those who fear the recent enormous influx of migrants into Europe.  This brand of populism has gained similar footing in the Netherlands, France, Poland, Germany, and even Sweden, for many decades a bastion of leftism.
Greece is the exception, with the leftist SYRIZA party coming to power when it took advantage of the 2015 economic crisis, winning the 2015 elections based on populist pledges that were never kept. Pledges like abolishing property tax, forgiving debts of low income families and raising minimum wage.
Interestingly, Leftist populism similar to the type SYRIZA espouses has failed markedly in every other European country. Time will tell if the Greek government’s current brand of populism has the right elements — and keeps enough promises — to allow it to stay in power for more than just a few years.