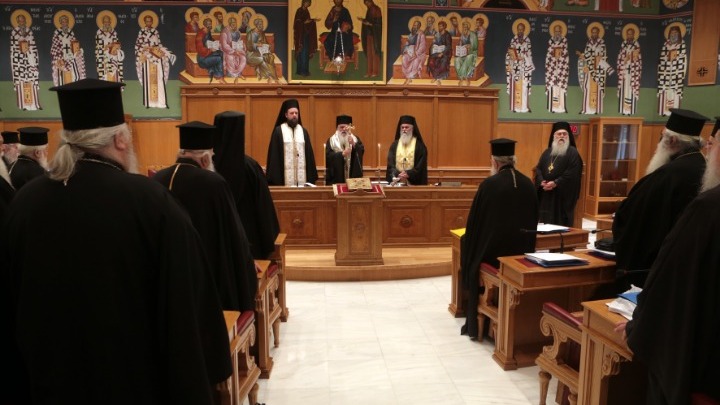 The Church of Greece Hierarchy on Friday decided to continue dialogue with the State on the proposed changes to the church/state relationship, but it took a stand against its priests being removed from the state payroll.
The long meeting of the Holy Synod under Archbishop of Athens and All Greece Ieronymos was completed amid tension and several walkouts. The Bishops of Messinia and Kesariani left the meeting midway in protest.
At the conclusion of the meeting it was unanimously decided that the civil servant status of Greek priests, as well as other Church of Greece employees, should remain as it is and everyone should be paid by the state.
On the remaining issues, the Holy Synod decided that they will continue dialogue with the Greek government. In addition, the Church of Greece will assign a Special Committee to the Permanent Holy Synod consisting of Hierarchs, lawyers, experts and clerical representatives to study issues of common interest.
The findings of the committee will be submitted to the Hierarchy of the Church of Greece for final approval.

The impressions had been made by hominids on Crete 5.6 million years ago, making them by far the oldest footprints ever discovered in Europe.
Culture