Greece has Highest Percentage of Priests in Europe 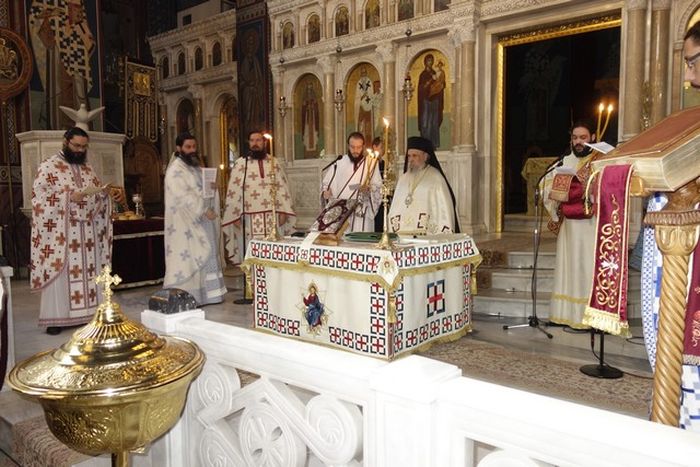 Greece has the most priests in Europe in proportion to its population, with the recent economic crisis pushing more young Greeks to see the priesthood as a job, a Kathimerini newspaper report says.
The majority of Greeks are deeply religious and the birth of the modern Greek state owes a great deal to the Church, which played an important role in the 1821 uprising and the liberation from Ottoman rule. For most Greeks, their national identity is interrelated with Greek Orthodoxy.
The deep religious roots of Greece is evident in the large number of priests, having the largest percentage of clergy per 100,000 inhabitants among 29 European countries studied. According to Patriarchate and Autocephalous Churches’ figures, the ratio per 100,000 citizens is 87.7, much higher than that of the second nation, Italy, at 82.8, also known as a country with a very religious population.
The role of the parish church has always been important in the community, which was especially true after the onset of the recent economic crisis, as the Church has always laid great importance on the need for social work in the community. At the same time, the economic crisis saw many young Greek men viewing the priesthood as a possible profession, especially since priests are civil servants paid by the State.
There are four ecclesiastical academies in Greece offering the required education for future priests. However, individuals with university degrees can also become priests without attending an ecclesiastical academy, provided they meet certain qualitative standards.
In addition, candidates for priesthood can attend the Archdiocese Workshop for three years of study with no tuition, and receive theoretical education as well as practical pastoral experience.
Greece is full of churches, from tiny, humble chapels on mountain tops and islands to grand, ornate cathedrals in big cities. The religious element is evident everywhere. Most people cross themselves when they pass by in front of a church, while religious holidays are celebrated zealously.
According to data from the General Secretariat of Religious Affairs, there are 9,792 parish and monastic churches in the country, but the actual number is much higher, as this does not include chapels, pilgrimages, privately-owned churches, cemetery chapels and remote churches that could not be counted. Of the churches counted, 9,146 are parish churches and 646 are in monasteries.
The remaining top five countries in the ratio of priests per 100,000 inhabitants is Romania  with 80.1; Poland, with 71.1 and Belgium, at 64.1 priest per inhabitant. On the other end, Bulgaria, at 12, has the lowest proportion of priests per 100,000 inhabitants, followed by the Czech Republic with 18.9; the Netherlands at a rate of 20.1; Hungary at 22.2; and Germany, with 22.3.