Leros and 'Greek Challenge' to Bid for Extreme Sailing Series 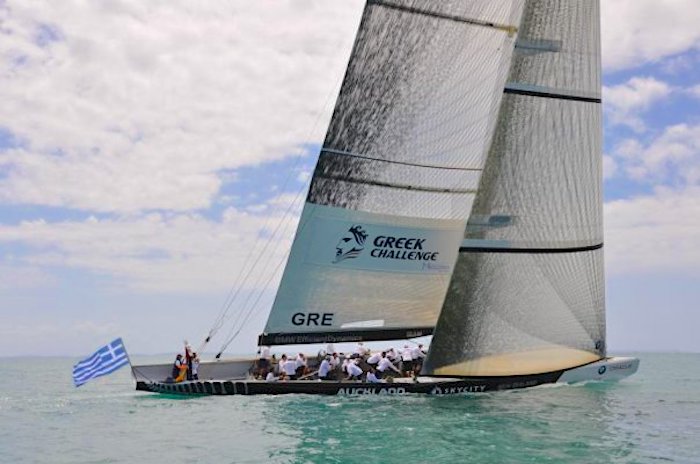 ‘Greek Challenge’ along with the municipality of the southern Aegean island of Leros have teamed up in order to bid and host international sailing events, including the Extreme Sailing Series. The announcement was made during the National Hellenic Society (NHS) heritage meeting, held in Las Vegas on October 5.
International sailing events like the Extreme Sailing Series will extend the tourist season, promote Leros as a destination for sailing enthusiasts, and attract infrastructure investment in line with European policy for Blue Growth, according to a press release issued by the Greek Challenge.
The two parties have agreed to pursue innovative and commercially viable opportunities and develop solid partnerships, with the goal of bringing a major sailing event to Leros either in 2019 or 2020 and to develop joint marketing and C.S.R. programs.


Greek Challenge initiated the bid for Leros to host the Extreme Sailing Series during this year’s series, held in San Diego between October 19-21. The prospects of Leros hosting such events are considered strong.
According to Mihalis Kolias, the mayor of Leros, “Our aim is to make Leros an attractive destination to host sailing events. Leros still preserves its own identity and promises a unique experience for all visitors. Our rich history and our well-preserved natural sights are unique. I would like also to take the opportunity and thank Mr. Sotiris Bouzeas [CEO of Greek Challenge] for his cooperation and his tenacity Leros to be part to one of the next sailing races.”
Art Dimopoulos, the executive director of NHS, said: “Since ancient times athletic competition is the common denominator that unites all bringing honor and glory to the participants, their families and fellow citizens. The Greek Challenge vision and project is the culmination of the tradition rooted in competitions spanning thousands of years as well as the maritime legacy that also dates back to ancient times when the triremes ruled the seas.”
“The Greek Challenge is a celebration of this ancient past coupled with the ingenuity, know-how and latest technology of the present and future,” added Dimopoulos. “The team not only represents Greece but that fiery and resilient spirit that is rooted in each of us. The NHS applauds the Greek Challenge team’s vision, accomplishments and dedication to rule the seas again.”
Sotiris Bouzeas, the CEO of Greek Challenge, stated: “We would like to thank the National Hellenic Society for the invitation to present Greek Challenge Team as well Leros’ bid during Heritage weekend. Both our team and island of Leros have found a solid organization that promotes Hellenism and proud to pursue a long lasting relationship.”
Leros is an island and municipality in Greece’s Dodecanese in the southern Aegean Sea. It lies 317 kilometres (197 miles) from Athens’s port city of Piraeus, from which it can be reached by an 8.5-hour ferry ride. It is also accessible from Athens by plane.