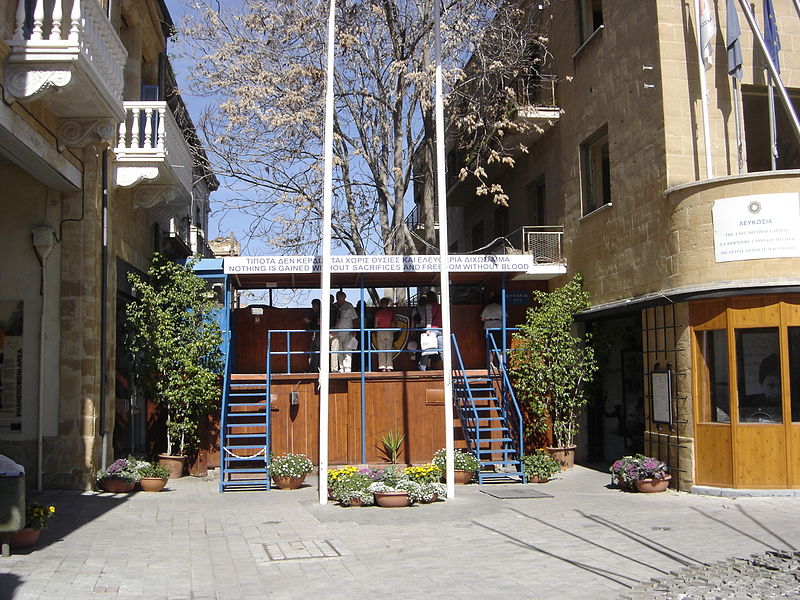 The restoration of the buffer zone that divides the island of Cyprus into two has again become a hot topic.
In September, photographer Roman Robroek had the rare opportunity to be commissioned to document the buffer zone in photographs.
Robroek’s photographs spurred comments by the UN secretary-general’s special representative in Cyprus, Elizabeth Spehar. Speaking last Wednesday at a conference on Cyprus, she stated, “[it] never ceases to be a shocking image.”
The conference showcased how the buffer zone, which is trapped in a dilapidated time warp, is desperately in need restoration before it perishes forever.
The buffer zone was established following the 1974 Turkish invasion of Cyprus, where Turkish forces occupiede over 36 percent of the island’s territory.
The division of the island extends from Morphou in the west, through Nicosia, to Famagusta in the east. Along the dividing line, the buffer zone has been monitored by UN peacekeepers ever since the invasion 44 years ago.
The site of the buffer zone was listed in Europa Nostra’s annual list of the seven most endangered site in Europe five years ago. So far, the program has selected 20 monuments in 19 countries that are in dire need of restoration. The buffer zone is one of the largest projects, encompassing 265 buildings which are all brutally neglected.
UN-led talks aiming to resolve the conflict of the island and to dissolve tension between Greek-Cypriots and Turkish-Cypriots have been ongoing since 1980 in what are now referred to as the Cyprus Talks.
Hope lingers that a resolution to the Cyprus conflict can be found, perhaps as soon as this year. Talks find themselves at a crucial point and have neared a solution in the past. However, a peaceful agreement has never been finalized between the Greek Cypriots and the Turkish Cypriots.
Through his photography, Robroek was able to give the outside world a rare glimpse of the buffer zone as he snapped photos while being escorted along the green line by UN officers.
What follows is a synopsis of what Robroek said of his experience in the buffer zone. A full text and photographs can be found here.
“The first buildings I saw and photographed were the Ayios Kassianos schools. The schools comprise a very interesting complex of two neoclassical buildings of the beginning of the 20th century and a later one which is known to be the nursery.
The two schools, boys and girls, are identical in their original layout, but bear later interventions.
Their characteristic neoclassical elements recall the architectural style of other examples of schools within the city of Nicosia.
Their importance for the area and the city as a whole highlights the urgency of their immediate support and restoration.
…Right next to the ‘ten minute yard’, almost attached to it, are the remains of a yellow car. Near the end of the fighting in 1974, this yellow car was destroyed and both Greek and Turkish sides disputed the exact position of the ceasefire line.
According to the UN, the Turkish side believed that the ceasefire line should be drawn at the south point of the car, while the Greeks believed the line should be at the northern point of the car.
The dispute was settled by the UN by painting two lines; one at the northern end and one at the southern end of the car. Thereby, the UN created a ‘buffer zone’ within the buffer zone.”