By Tasos Kokkinidis
October 26, 2018
Facebook
Twitter
WhatsApp
Linkedin
Email
A strong earthquake rattled the Greek island of Zakynthos and almost all of western Greece in the Ionian Sea at 1:54 local time on Friday. 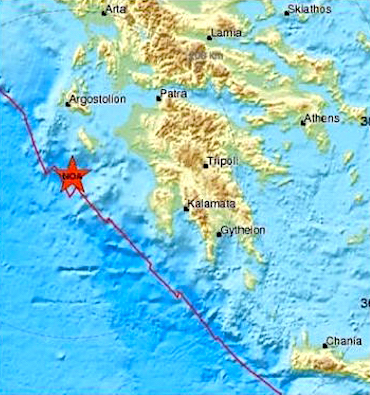 The U.S. Geological Survey says the 6.8 magnitude quake was 35.9 kilometers (22.3 miles) southwest of Lithakia in the southern part of Zakynthos. It had a depth of 16 kilometers.
Greece’s main earthquake monitoring center, Athens’ University’s Geodynamic Institute, measured the magnitude at 6.4, and said it had a depth of 5 kilometers. Measurements of quake strength can vary because of the equipment each institution uses and other factors.
The main harbor for the island of Zakynthos in the Ionian Sea was damaged but still functional, civil protection agency press spokesman Spyros Georgiou said. Power was lost in the island capital and main town, also called Zakynthos, but no major damage was reported there. 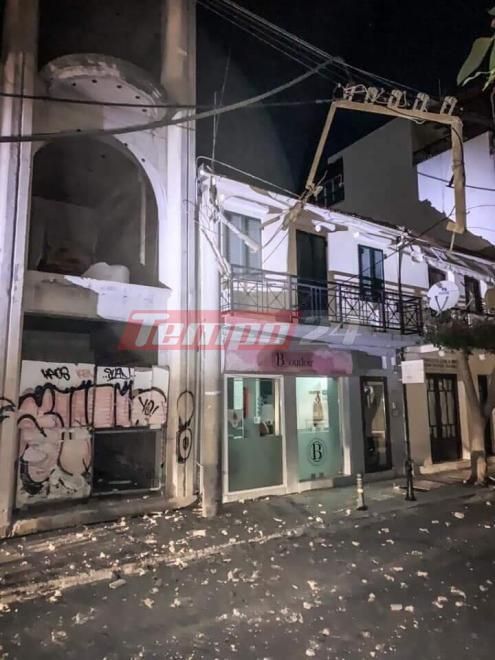 The fire service said rockfalls were reported in another part of the island, and part of a church wall collapsed on the mainland town of Pyrgos, in the southern Peloponnese area. A couple of people were treated for minor injuries.
Earthquakes have historically caused widespread damage in the Ionian Islands, across central and southern Greece, Cyprus, Sicily and other neighboring regions.