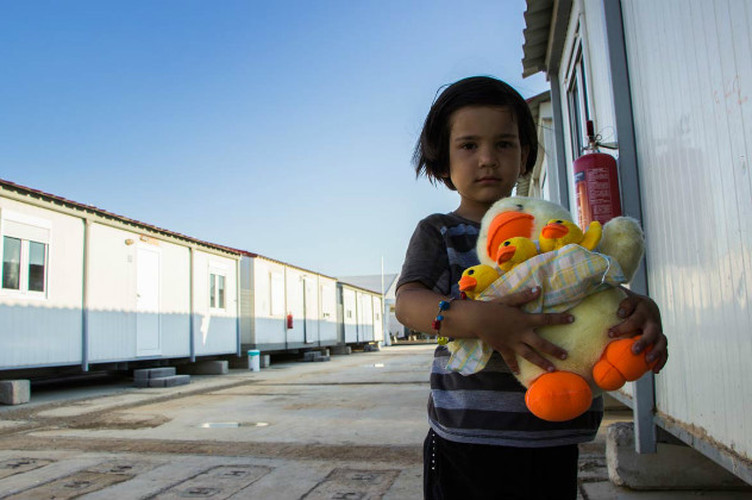 Greece’s Migration Policy Minister Dimitris Vitsas, accompanied by visiting Portuguese Interior Minister Eduardo Cabrita, paid a joint visit to the Eleonas refugee reception center, located in central Athens, on Tuesday.
Cabrita, who is in Greece on an official visit, traveled to the island of Samos on Monday, and met with Interior Minister Alexis Charitisis and Citizen Protection Minister Olga Gerovasili on Tuesday.
“We are in close cooperation with Portugal in order that a new Dublin Treaty can be concluded within 2018, if possible, and in parallel we both believe that there will be no solution without solidarity and redistribution [of refugees],” Vitsas said.
“It is good he saw two different things, namely, what is happening in Samos and what is happening in Eleonas,” Vitsas added. “We had a long discussion on Monday. It is our common belief that European problems should have European solutions.”
In turn, the Portuguese minister said: “There is close cooperation between Greece and Portugal. Portugal was the fifth European country that received more people from hotspots in Greece under the European relocation program and we strongly support and recognize the dramatic role [fulfilled by] the Greek government and the Greek people in receiving migrants and refugees.”
“Our position is very clear,” Cabrita added. “We think this is a global European problem and should have a global European response according to the principles of shared responsibility and shared solidarity and this is the reason I am here today.”
Cabrita toured the facility in Eleonas, including the Greek-language school operating within the center, in addition to the reception area for unaccompanied children and the social services section contained within.
Source: A.M.N.A.