Greece Promoting Stability in the Balkans, Says Tsipras at the UN 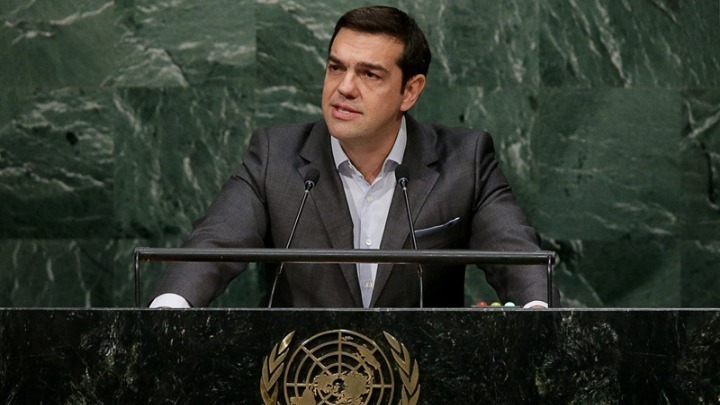 Greece is actively promoting stability and economic growth in the Balkans via a political solution that unlocks the area’s potential to join the European Union and other international groups, said Prime Minister Alexis Tsipras on Friday, speaking at the United Nations General Assembly in New York.
“Via our dialogue with Albania, but mainly with the historic Prespa agreement with our northern neighbor, an agreement that is not only important for the region but can also act as a model for solving disputes.
“An agreement that was not reached to meet the interests of the bigger party but one that was mutually acceptable on both sides,” he said.
The prime minister added that despite difficulties, Greece has accepted refugees and migrants into the country, providing lessons of solidarity.
“The Asylums service, which did not exist five years ago, today has taken on the largest number of application in Europe, based on the size of our population.”
“The central message for the international community is not patriotism or globalisation, but whether we will leave the world on the uncontrolled course returning to nationalists, something that history has taught us leads to tragedies, or we will create the conditions for collective progressive solutions that will respect the sovereignty of the nations and of the people,” he added.