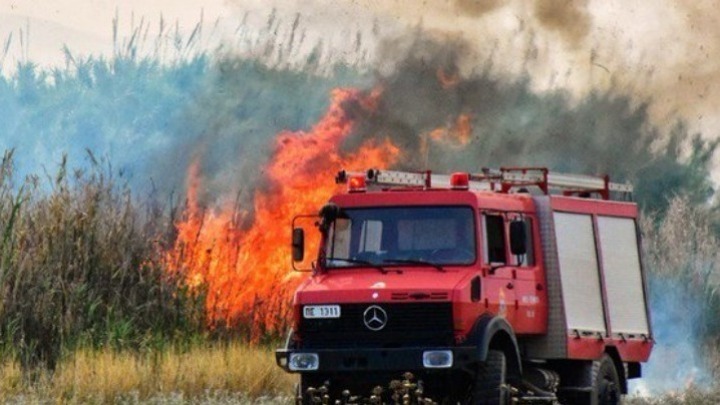 Authorities on Thursday ordered the evacuation of the village Ano Kateleio in Cephalonia as fires on the island continued to rage unchecked in Lagada, Kateleio, Kourkoumelata and Mantzavinata, fanned by winds of up to 10 Beaufort.
Talking to the Athens-Macedonian News Agency (ANA), deputy regional governor Panagis Drakoulogonas described the situation as “chaotic” and warned that the night could become “nightmarish” unless fire-fighting aircraft were able to take to the air before sunset and douse the flames.
“With the help of the police we evacuated the village of Ano Kateleio and told residents to head toward the beach,” he said.
There have been no reports of homes burnt or injuries so far, while the fire is rapidly making its way toward the villages Ratzakli and Skala, while the strong winds prevent reinforcements from reaching the island to help fight the fire.

Posted by INKEFALONIA.GR on Thursday, September 27, 2018