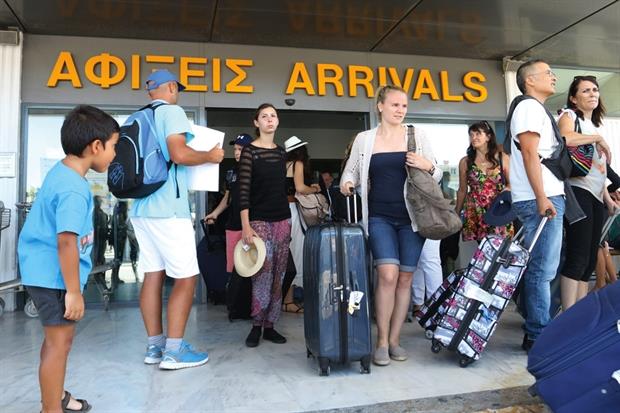 Visitor arrival figures for 2018 so far indicate that this will be a record year for tourism in Greece.

Official data from the Hellenic Civil Aviation Authority, Fraport and Athens International Airport for the January-July period points to a major upsurge in people travelling to the country.
Fraport, the German company that operates 14 regional airports, showed a 13.7 percent increase in arrivals for the January-March 2018 period compared to the same period in 2017.
Moreover, 1.5 million more foreign visitors flew with direct flights from international airports around the world to the 14 Fraport airports in Greece: 12.1 million in 2018 as opposed to 10.6 million passengers in 2017, January through March.
The increase of arrivals at Athens International Airport (Eleftherios Venizelos) was even higher. Foreign arrivals were over nine million for the January-March period, a 15-percent increase. Specifically, 1.2 million more passengers landed at the Athens airport in 2018 than in 2017. (9.03 million compared to 7.85 million in 2017).

For the first time ever, 1.85 million foreign visitors landed at Nikos Kazantzakis Airport in Heraklion, Crete.

Overall, it is estimated that over three million more passengers from abroad arrived in Greece through July compared to previous years.

The data lead to projections that the Ministry of Tourism target of 32 million arrivals in 2018 will be exceeded, and that the total number of arrivals will be over 33 million, as arrivals by land and sea also show an upward trend, resulting in exceptionally high revenues.