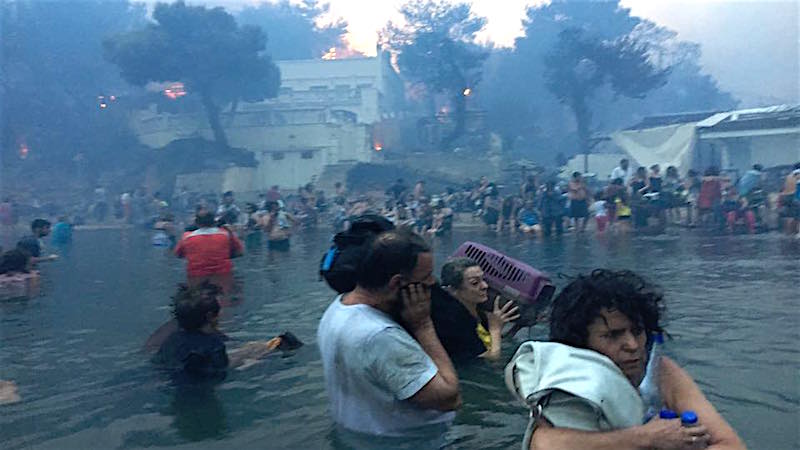 Restaurants throughout the greater Chicago area joined together with the Chicago-based group, Hellenic American Leadership Council, to help raise funds for victims of Greece’s fires that devastated the country last week.

On August 1, a long list of Greek-American restaurants participated in the event, donating 10 percent of all proceeds to the victims of the fire.

Endy Zemenides, the HALC’s Executive Director encouraged people to visit the restaurants in support of Greece saying, “We urge everyone to visit these restaurants on August 1st, enjoy the food, and know that every dollar spent makes a difference.”

To date, the fires that swept through the popular tourist seaside town of Mati and scorched a part of East Attica killed 91 people while 25 people are still missing with countless injured. Thousands fled the fires while more than 700 people jumped into the sea to escape the flames.

The following Chicagoland restaurants partnered with the HALC to raise money on August 1 for the Greek communities impacted by the fires: