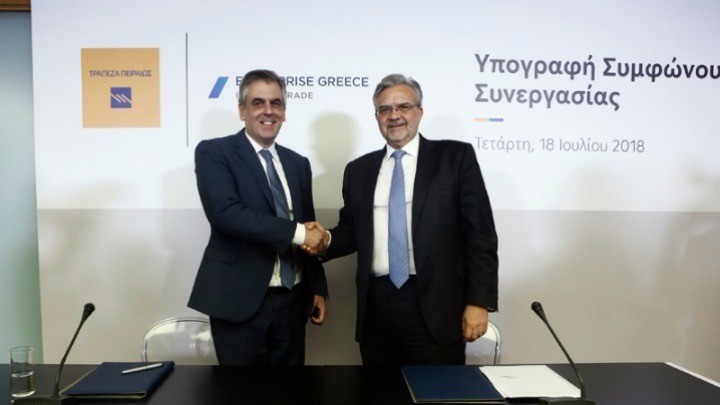 Greece’s largest lender Piraeus Bank has joined forces with Enterprise Greece, the official agency of the Greek state, to support export-oriented activity and growth in the economy.
The CEOs of the two organizations signed a cooperation protocol that underlines their determination to help the exports of Greek companies.
Piraeus Bank CEO Christos Megalou said that with this agreement the bank “makes a statement that it is ready to finance the Greek economy”.
“We have both the liquidity and the capability and the willingness to really help all Greek businesses, especially those engaged in foreign exports,” Megalou said.
He explained that the goal for 2018 is to generate new financing amounting to €3 billion ($3.4 billion).
“We are in the happy position to announce that, mid-way through the year, we have reached half our target,” he added.
Megalou also promised that more money to help growth in Greece will be available in 2019.
On his part, Enterprise Greece CEO Elias Athanasiou expressed his enthusiasm for the deal.
“When the private sector collaborates with the public sector a great deal is achieved,” he said.