GRNews
GreekReporter.comGreeceWhy Do Hollywood Stars Flock to Antiparos Every Summer?

Why Do Hollywood Stars Flock to Antiparos Every Summer?

Antiparos is not the most glamorous of the Cyclades group of Greek islands, falling way behind not only giants like Mykonos and Santorini, but Naxos, Paros, Amorgos and others — but it still attracts Hollywood stars and celebrities every summer.
For many Greeks and foreign visitors Antiparos is one of the best kept secrets of the Cyclades, a hidden gem that attracts thousands of loyal travelers every summer and it is only half an hour by boat from its ‘parent’ island Paros.
One of them is Tom Hanks, who loves Antiparos so much that he bought a summer house there along with his wife of Greek descent, Rita Wilson. The Hollywood star knows best and visits the picturesque island almost every summer.
In the past few weeks, other than Hanks, Hollywood luminaries Nia Vardalos and Matthew McConaughey visited the island, while last year it was Whoopi Goldberg’s turn to find out the beauties of Antiparos.
And they are many attractions, so let’s look at them in random order: 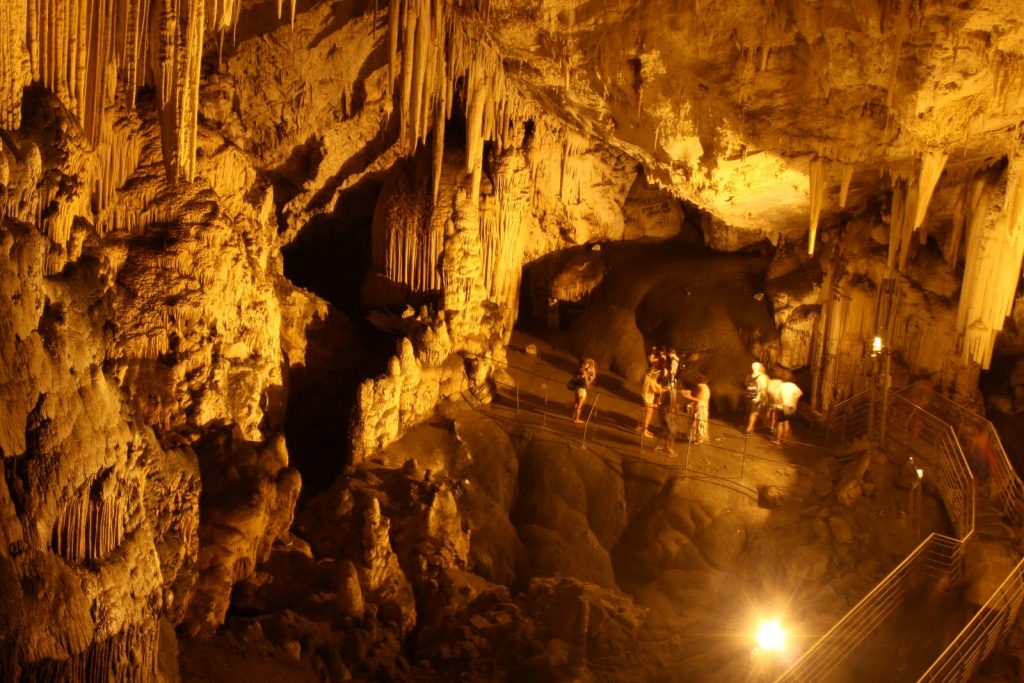 There is the Cave of Antiparos, an impressive landmark, as it is one of the largest in Europe. You need to take 411 steps to get to the heart of the cave and gaze at the  incredible stalactites and stalagmites mutilated by visitors in the past.
For the less adventurous, the Chora (main town) of Antiparos is a typically gorgeous Cycladic locale with traditional white houses, colorful flowers and the friendly shops and tavernas. 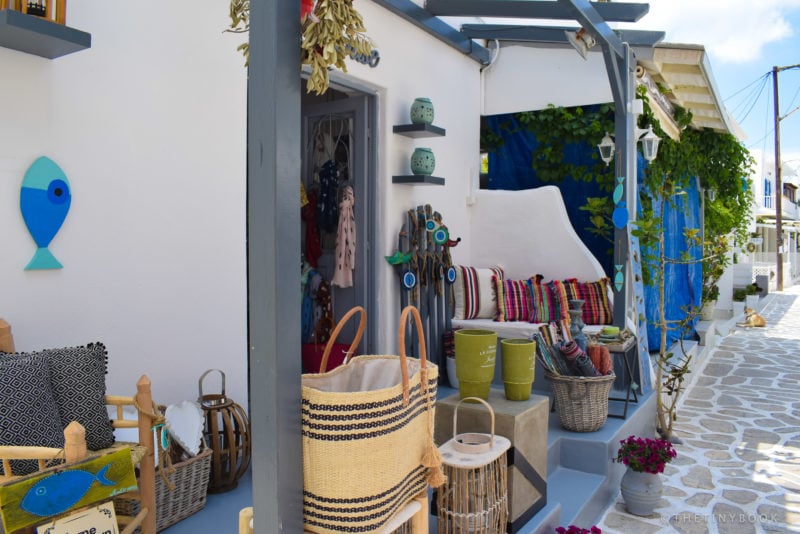 There is not much left of the Kastro of Antiparos, the Venetian castle built circa 1440; only a circular tower remains standing inside Chora to remind locals and visitors alike of what once was.
While in Chora, there are many stores for alternative shopping. You can find unique fashionable clothes and accessories, trendy gift and novelty items, alternative souvenirs, and generally items that mostly reflect the bohemian Antiparos lovers of previous decades. By the way, you can find many of them in the island’s main camping ground. 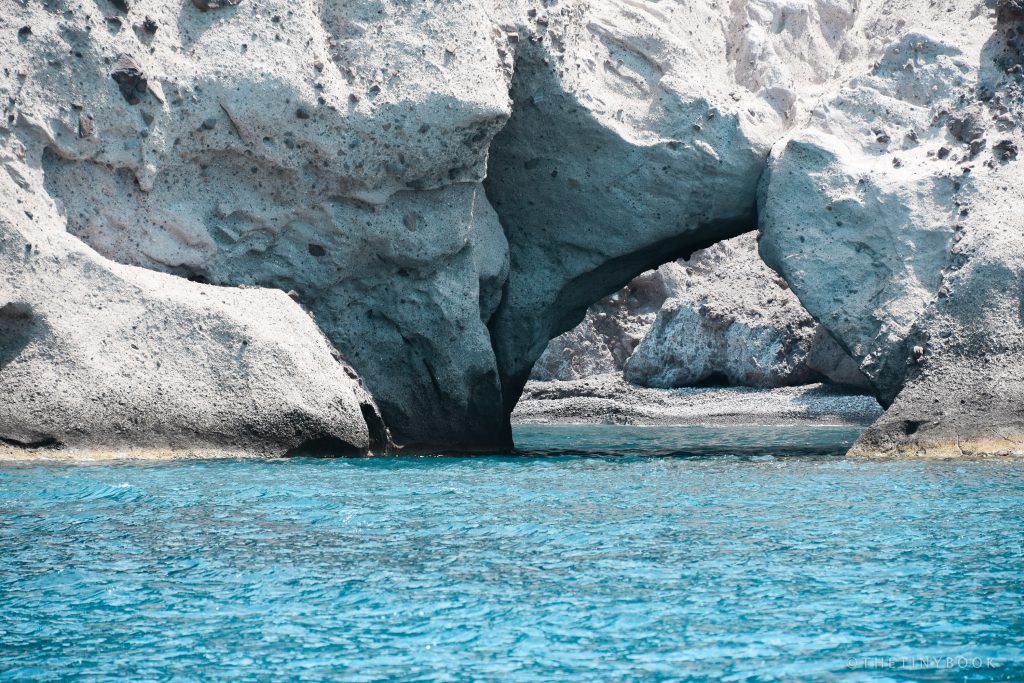 Once on Antiparos, swimming, diving or sailing around Agios Georgios beach is a must. Cool turquoise waters, volcanic formations that have created coves, bridges, and caves one can swim through or dive into will add one more memorable experience to the whole trip.
For romantic souls, or nature lovers, watching the sunset on Sifneiko beach is great and it is also a tradition for Antiparos visitors.
At night, you can have dinner in one of the many traditional Greek tavernas or more trendy restaurants and later have a cocktail at one of the many bars.
For the young and the young at heart, Antiparos has one of the legendary open-air discotheques in Greece, a remnant of the late 1970s disco craze. It is the last disco in the Aegean and one of the last in Greece overall and one must dance to a classic rock tune there at least once. 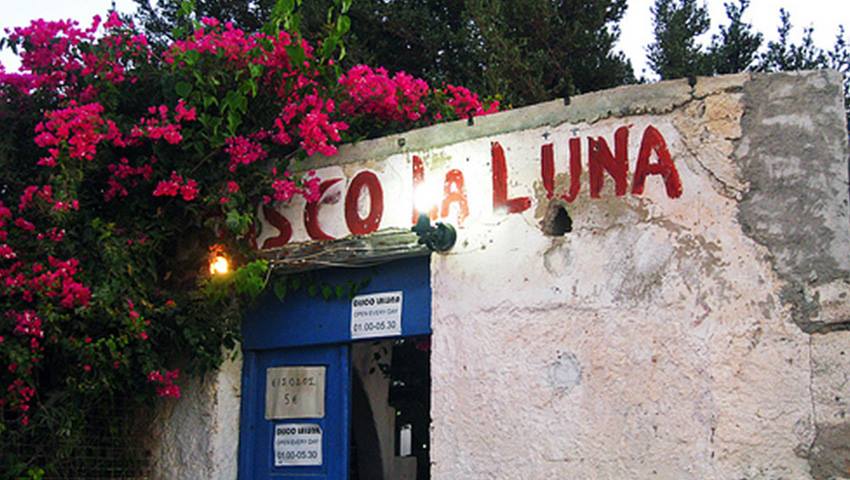