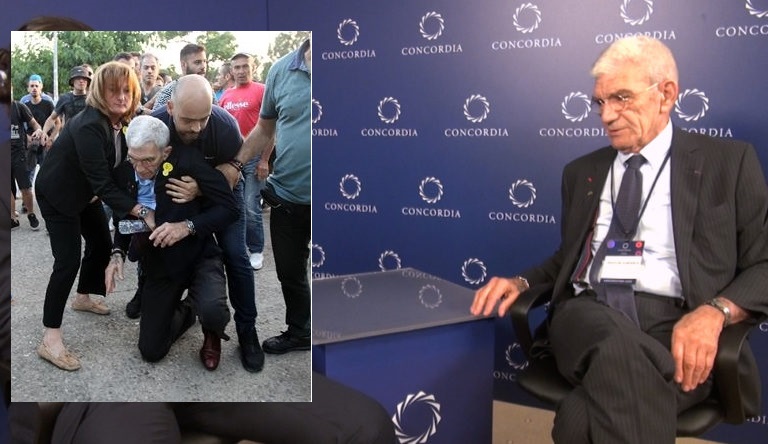 The mayor of Thessaloniki, who made international headlines in May after being attacked by a mob in broad daylight, has announced that he will run for a third term in office.
Yiannis Boutaris, 76, was set upon by a gang when he attended the city’s commemoration of the World War I genocide of the Pontic Greeks.
A group of extreme nationalists, enraged by Boutaris’ comments on the ‘Macedonia’ name dispute, repeatedly attacked the elderly official, knocking him to the ground.
An off-duty policeman was among the attackers.
Greek Prime Minister Alexis Tsipras later told a cabinet meeting that the mayor considered the attack against him “staged” and not a spontaneous outburst.
On Friday, Boutaris announced his intention to run again ahead of local elections scheduled for October.