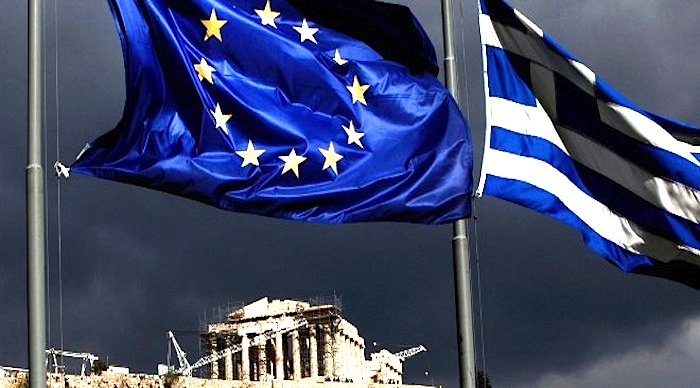 Amid the hype over Greece’s debt-relief deal struck with the Eurogroup on Thursday, dissenting voices have emerged, critical of the agreement which is said to chart Greece’s exit from its international bailout.
At home, Greece’s main opposition party, New Democracy, said there would be a new round of pension cuts in six months’ time plus a lowering of the tax-free allowance. Greece will still have to meet primary surplus targets of 3.5 percent of GDP until 2022 and then 2.2 percent until 2060.
In a statement, the party said: “For this fourth memorandum signed by SYRIZA, Greece will be subject to quarterly reports under enhanced surveillance, something that did not apply to any other country.”
Meanwhile, a senior journalist with the U.K.’s Financial Times newspaper claimed the new debt relief deal “won’t get us anywhere near 110 percent by 2022”.
Peter Spiegel, the paper’s news editor, tweeted data showing how a previous 2012 target to get Greek debt down to a “substantially lower” ratio than 110 percent of GDP by 2022 was missed.
Greece’s GDP-to-debt ratio is currently at 177.8 percent, according to EU Commission data, Spiegel added.

I'm old enough to remember when (November 2012) #eurogroup vowed sufficient debt relief to get #Greece to "substantially lower than 110%" debt/GDP by 2022. Worth remembering with all the self-congratulation in #Athens and #Brussels going on this morning. https://t.co/ydEIFwDkdn pic.twitter.com/esi40fYzW1