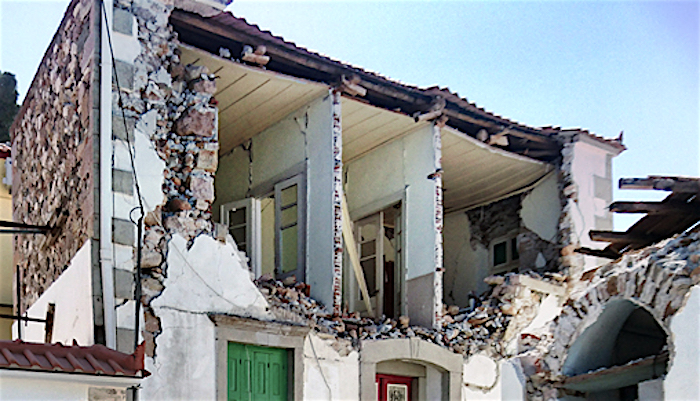 The village of Vrisa on Lesvos island was destroyed by an earthquake exactly one year ago, but is still in ruins with more than 800 people displaced.
It was 3:25 p.m. on June 12, 2017 when a tremor measuring 6.3 on the Richter scale practically flattened the village. It was on the same rift that also destroyed Vrisa 130 years ago.
Lesvos was hit with a second earthquake a week later, registering 5.2 on the Richter scale, and resulting in local authorities declaring a state of emergency.
Greek Reporter was there in June 2017 posting several photos in the aftermath of the near-total destruction of Vrisa. Sadly, a year later the pictures are the same, as if they were taken in the aftermath of the 2017 earthquake.
The beautiful village with its exceptional, traditional architecture was recognized as a cultural treasure to be preserved. Unfortunately, no efforts have been made so far for its restoration, much less its preservation.
Greek bureucracy did not even allow for the relief of the 800 of Vrisa residents who were forced to evacuate. The American Hellenic Council, a Los Angeles-based Greek-American advocacy organization, delivered $15,000 in earthquake relief for the people of Vrisa in February.
A year later, the first step to have been given the green light is the demolition of partly collapsed buildings and the removal of debris. It was decided that no massive demolition should take place, but that each owner demolish their own building as they want to, after receiving a subsidy from the government. 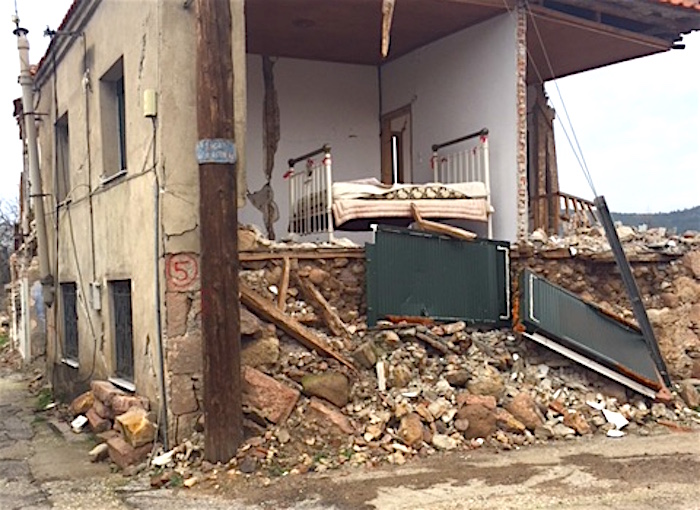 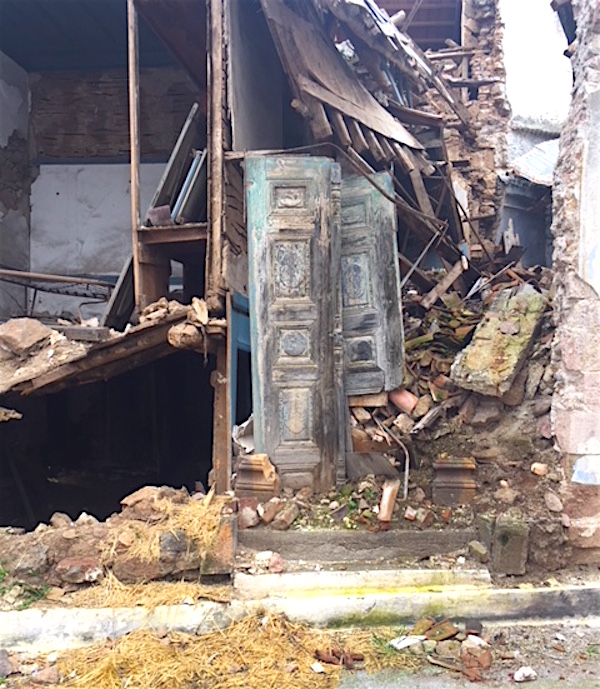 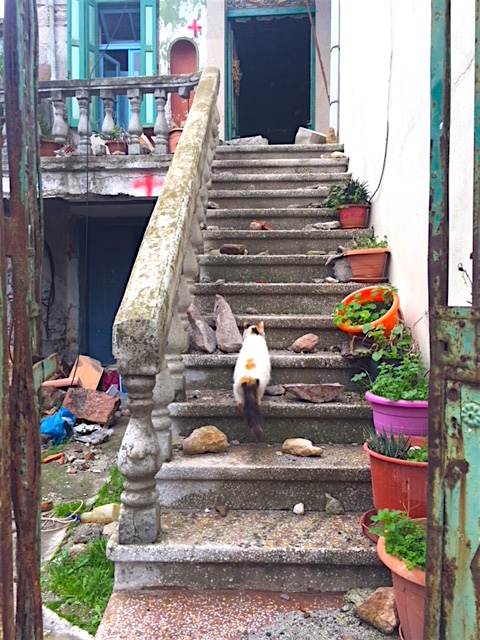 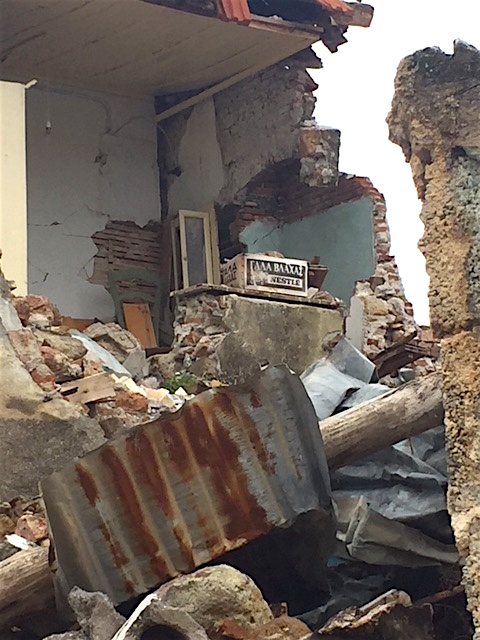