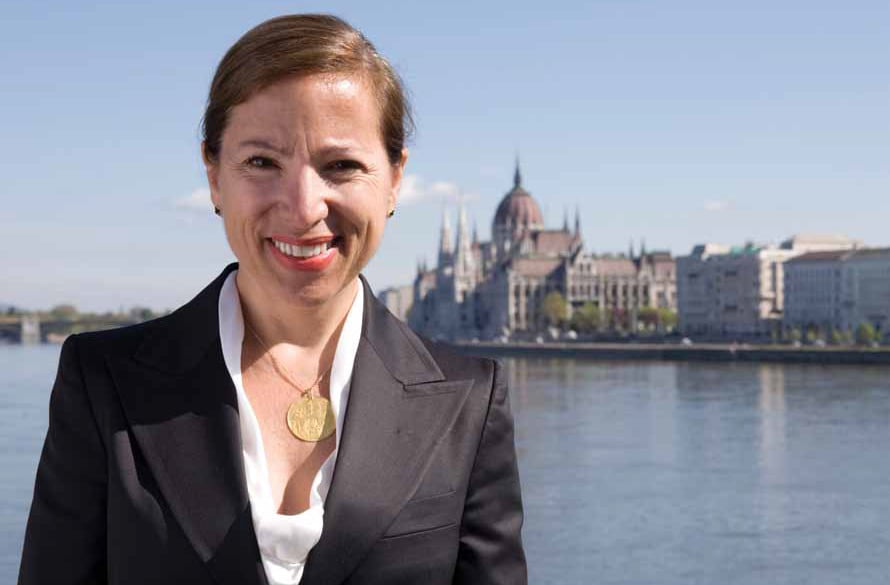 Greek-American Eleni Kounalakis is one of the two candidates remaining in the race to become the next lieutenant governor of California.

Ed Hernandez, a fellow Democrat, is the other candidate remaining from an initial group of 11 runners.

Kounalakis secured first place in a first-round vote with 23.4 percent, while Hernandez came in second with 20.8 percent.

According to The Daily Californian, many candidates were political newcomers running for office for the first time.

Kounalakis has served as U.S. ambassador to Hungary, appointed by former president Barack Obama in 2010. The Greek-American politician graduated from Dartmouth College in 1989, and earned her MBA from UC Berkeley’s Haas School of Business in 1992. She also holds an Honorary Doctorate of Laws from the American College of Greece.

Before her involvement in politics, Kounalakis, the daughter of a Greek immigrant, had worked for 18 years in her family’s housing development business. She lives in San Francisco with her husband, journalist Markos Kounalakis, and their two sons Neo and Eon.

The lieutenant governor is the president of the state Senate and is first in line to succeed the governor. They also sit on most state commissions and agencies, as well as the UC Board of Regents, the California State University Board of Trustees and the California State Lands Commission.