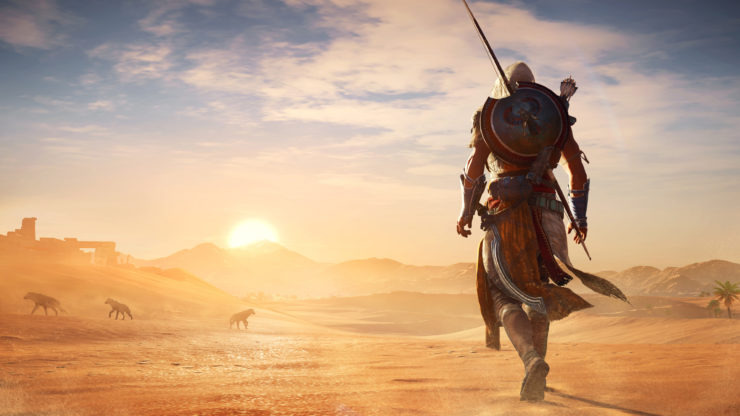 Millions of gamers throughout the world will do battle in ancient Greece which will provide the setting for the new series of the popular Assassin’s Creed game.
The action-adventure series developed by Ubisoft depicts a centuries-old struggle pitting the Assassins, who fight for peace and free will, against the Templars, who believe peace comes through control of humanity.
The series features historical fiction mixed with real-world events and figures.
Ubisoft took to Twitter to tease the next instalment of the game set in ancient Greece.
It announced through a short video depicting what appears to be a Spartan warrior kicking an enemy off a cliff, the new title: Assassin’s Creed: Odyssey.

See you at E3! pic.twitter.com/03NTPhCkCf

The publisher will reveal more details at the upcoming E3 expo on June 12 in Los Angeles.
The franchise began in 2007 with the release of Assassin’s Creed. The main video game series consists of ten entries, developed by Ubisoft Montreal (single-player) and Ubisoft Annecy (multiplayer), released on PlayStation 3, PlayStation 4, Xbox 360, Xbox One, Wii U, Microsoft Windows and OS X platforms.
The series has been well received by critics, and has sold over 100 million copies as of September 2016, becoming Ubisoft’s best selling franchise and one of the highest selling video game franchises of all time.