The Guardian of Amphipolis: Full Documentary 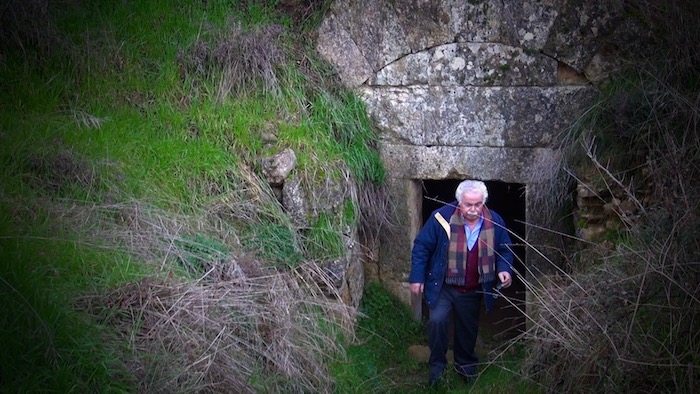 Alexandros Kochliaridis, the first man to stumble upon the ruins of the Amphipolis tomb, talks about the famed Kasta grave and the ancient treasures hidden in the heart of Alexander the Great’s Macedonia.

The area became famous a few years ago when the Kasta tomb was uncovered leading many to think — wishfully — that it was Alexander the Great’s burial site. Although there are still different unconfirmed theories on who was inside the tomb – Kochliaridis has his own, Amphipolis is full of archaeological treasures described as early as in Thoycydides texts in 4th century BC.

From Pontos to Amphipolis

The son of impoverished Pontic Greek refugees from the Black Sea who were forced to flee to northern Greece, Alexandros Kochliaridis was born in Amphipolis and built a long career of archaeological discoveries next to legendary Greek researcher, Dimitrios Lazaridis.

It was a morning, half a century ago, when 12-year-old Kohliaridis was out chopping wood with his father. This was the fateful morning he discovered the first remains of the tomb. After that, he decided to dedicate his life to helping discover, protect and promote the archaeological treasures of his area.

This is the story of a true Greek patriot who never sought fame while he was quietly protecting some of his ancestors’ most important treasures for the generations to come. Meet the Guardian of Amphipolis in our new documentary; directed and produced by Anastasios Papapostolou, edited by Konstantinos Mousoulis, animation by Dimitrios Tsalkanis with original music by Ioannis Goudelis.