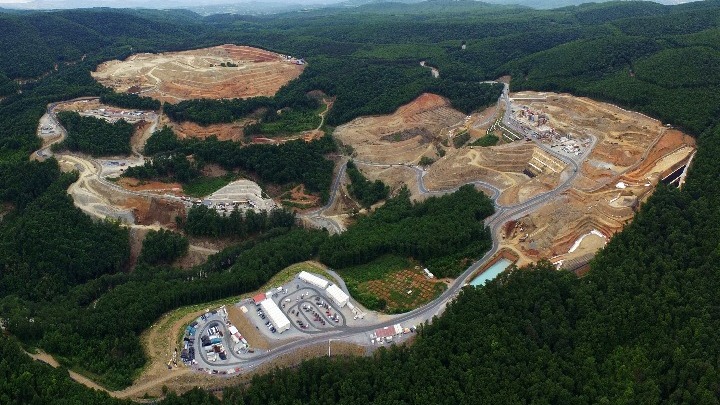 The government expects to reach a deal with Canadian firm Eldorado Gold over a mining project in northern Greece which has been dogged by years of legal wrangling over environmental concerns.
An agreement is anticipated in the coming weeks, the energy ministry has said.
The Vancouver-based miner last month received a positive ruling from arbitrators on its planned metallurgy plant in Greece but said it was still awaiting some permits for the project.
Energy Minister George Stathakis discussed the ruling with workers from Eldorado’s Greek unit on Tuesday.
“The main aim is to reach an agreement in the coming weeks within the spirit of the arbitration ruling,” the ministry quoted Stathakis as saying without elaborating.
The Greek minister added that talks with the parent company “are being held in a constructive climate”.
In a news release following the meeting, the ministry said among other things that “the Greek state, and the Ministry of Energy in particular, is obliged to guarantee that pure gold, silver and copper will be produced, under the exact provisions on behalf of the public interest, and under the restrictions imposed by the European environmental legislation”.
The differences between Eldorado and the government over the miner’s plans to produce gold and other metals in the northern Greek region of Halkidiki have dragged on for years, mainly over environmental regulations.
Eldorado blames Greece for long delays in issuing necessary permits, while Athens says the company has submitted a deficient plan to build the metallurgical plant to process ores mined in Skouries and Olympias.