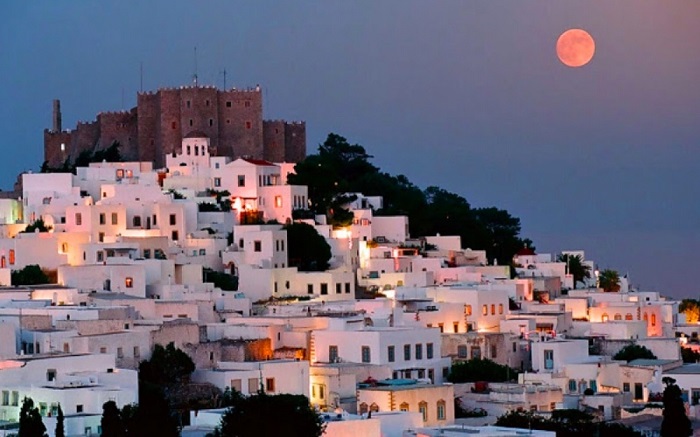 A highly acclaimed documentary about the Greek island of Patmos and the world-famous monastery of St. John the Theologian will premiere in Greek cinemas later in May after successful screenings in Europe and the U.S.
Acceptance of Inheritance: Apocalypse Again by Christos Godas, will be presented to the Athenian public on May 29 at Mikrokosmos cinema.
A seasoned traveler, Godas experiences all the “the island of Revelation” has to offer, from the social scene at local haunts to the spirituality of the Monastery of St. John the Theologian and the Holy Cave.
The film which was recently screened at Stathakion, the hall of the Federation of Hellenic Societies of Greater New York, describes how the history of Patmos and of the Monastery, from the 1st century AD to the Roman era, Byzantium, Ottoman Empire and finally to modern Greece, shaped Western civilization.
It also highlights the fact that during Ottoman rule the Patmos monastery saved much of ancient Greek literature. Texts of Aristotle, Plutarch, of the three tragic poets and other great ancient classics are today found in the monastery’s library and museum.