A Greek priest who ran in a punishing 90-hour race while wearing full religious garb has helped raise thousands for charity.
Pater Theodoros from a village near Giannitsa, northern Greece, crossed the finishing line on Sunday holding the Greek flag bearing the inscription ‘Macedonia is Greek’. He lifted a trophy for first place by covering the most distance in a set time period. 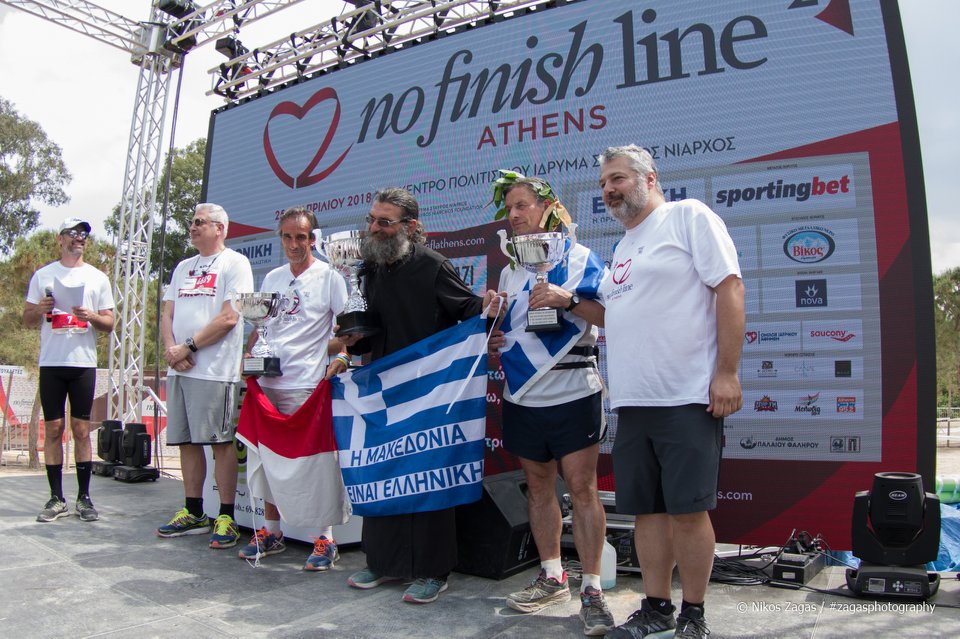 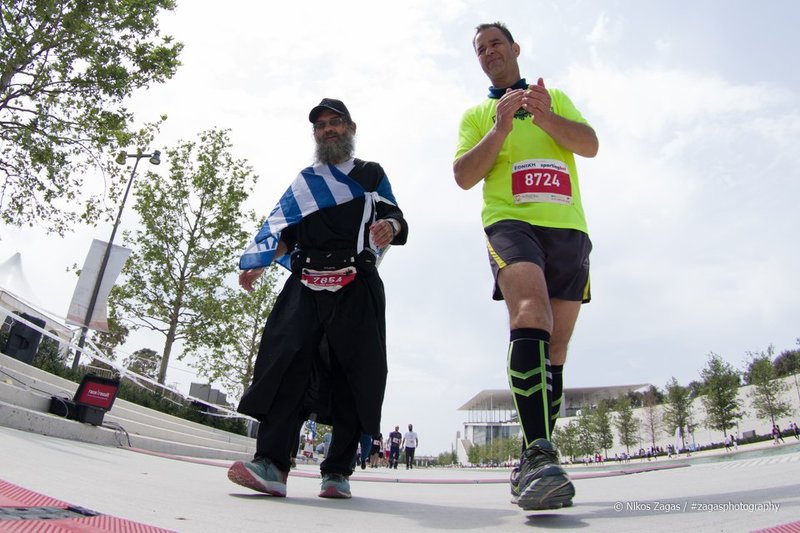 They raised more than €47,000 ($56,800) for a children’s charity, a record amount for a sports charity event in Greece.
Speaking to the media after the race Pater Theodoros offered thanks to God for helping him to participate and raise money for children in need. 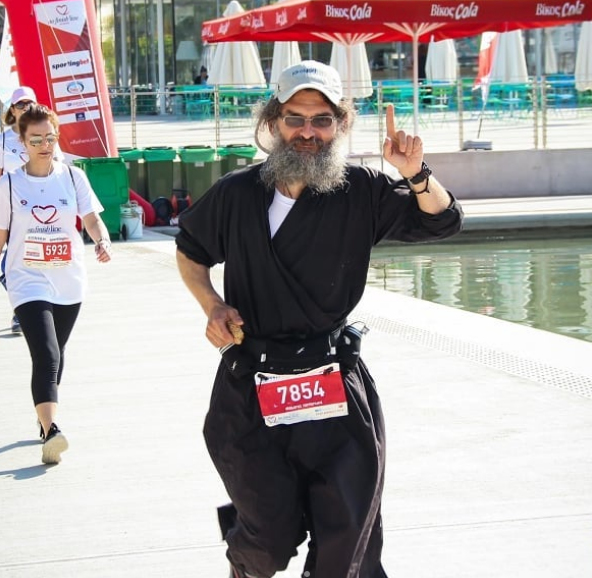 “I want to send a message everywhere, that Macedonia is Greek. This is history and history cannot be changed,” Pater Theodoros added.