GRNews
GreekReporter.comGreeceEurostat: One in Five Greeks Cannot Afford to Pay their Bills

Eurostat: One in Five Greeks Cannot Afford to Pay their Bills 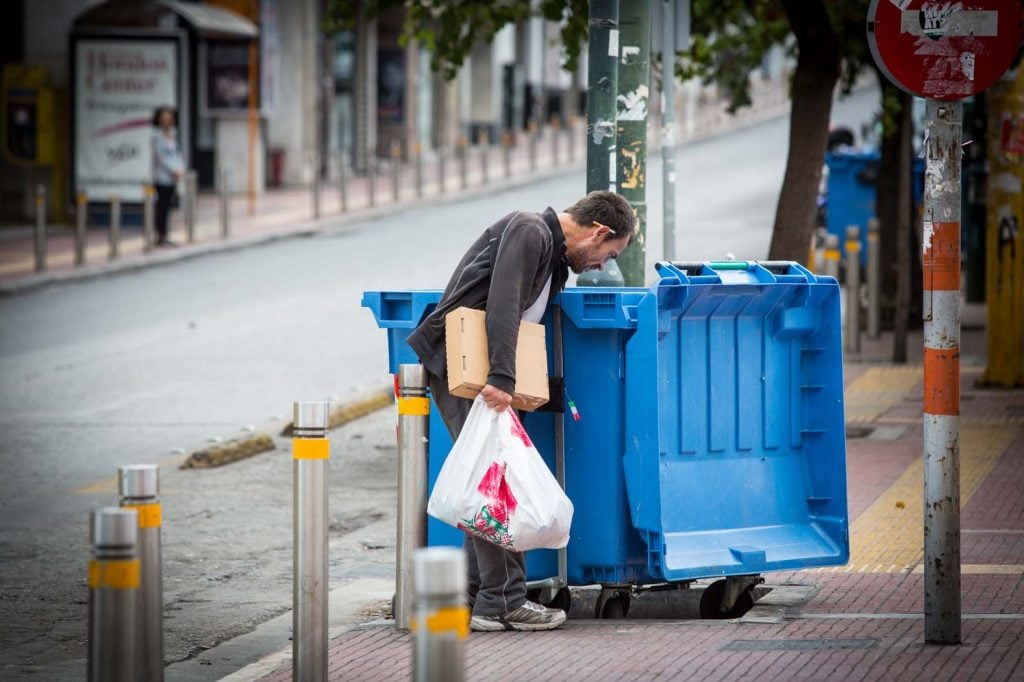 Greece shows the second highest rate of severe material deprivation (21.1 percent) in the EU, meaning that more than one in five Greeks can not afford to pay their bills, Eurostat says.
According to a report called “Can you afford to pay all your bills?” released on Wednesday, the European statistical authority finds that more than one five Greeks can not afford at least four of the following:

Across EU Member States, Bulgaria shows the highest rate of severe deprivation (30.0 percent), Romania is third (19.4 percent) and Hungary is fourth.
In contrast, the severe material deprivation rates were below 3 percent in Sweden (0.8 percent in 2016), Luxembourg (1.6 percent in 2016), Finland (2.0 percent) and the Netherlands (2.6 percent).
The age group with the highest rate of material deprivation in Greece includes those between 20 and 24 years, amounting to 32.6 percent, according to 2016 figures.