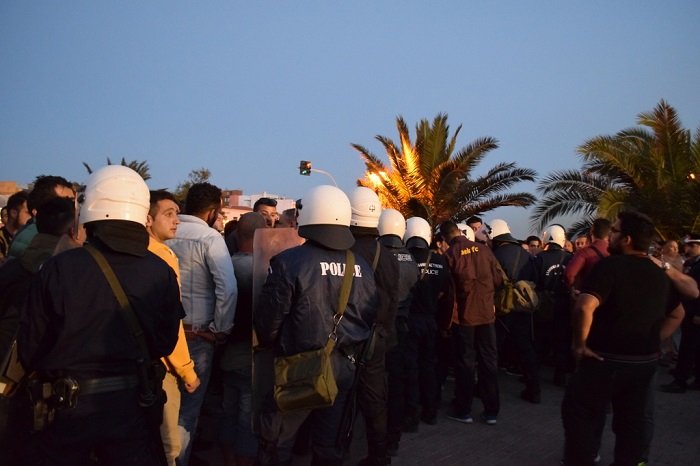 Greek authorities say that up to 30 people were injured during overnight clashes between migrants and angry locals, identified my some reports as being right-wing extremists, in the capital of Lesvos, Mytilene.
Greek police has announced that 120 migrants, mostly Afghans, that had been squatting at the Sappho Square in Mytilene have been arrested.
They were protesting against their prolonged stay in the overcrowded Moria registration camp.
Meanwhile the Greek police is investigating footage from Sunday’s clashes to identify Greek extremists that may have organized and participated in the attacks against the migrants.
In particular, a Facebook group called “Mytilene Patriotic Movement II” that invited people to a protest against the prolonged imprisonment of the two Greek soldiers in Turkey on Sunday evening, is being scrutinized. 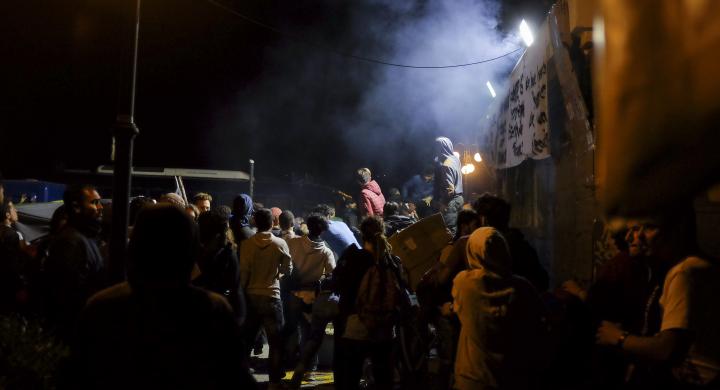 Mayor blames government
The mayor of Lesvos has launched a stinging attack on the government claiming it is solely responsible for the migrant crisis on the island.
In a letter addressed to PM Alexis Tsipras, Spyros Galinos says that government mismanagement led to the entrapment of migrants which in turn fueled the fear of the local community.
Galinos warns that it would be a “tragic mistake” to consider Sunday’s attack against the migrants as an act by right-wing extremists.
Ηe says that the evacuation of the square by the migrants was a “demand of all the citizens of Lesvos, who feel unprotected in the face of the occupation of public spaces, the daily thefts and the frequent clashes in the areas around the Moria registration camp and the city of Mytilene.”