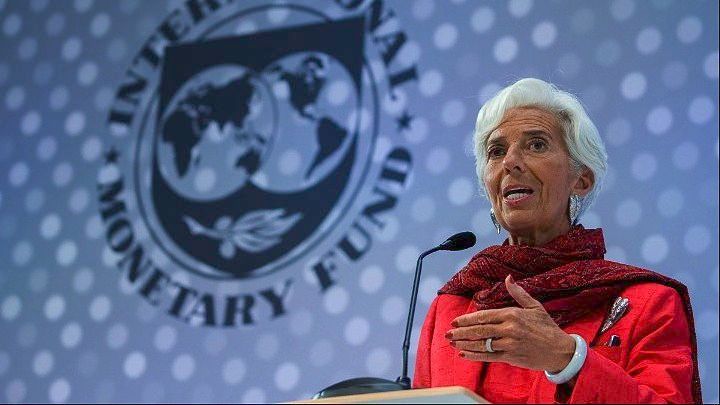 The International Monetary Fund (IMF) is committed to continuing its support of Greece after the end of the fiscal program in August, but there is work that the country still needs to do, especially in structural reforms, IMF Managing Director Christine Lagarde said on Thursday.
At a press conference during the fund’s and World Bank’s Spring Meetings in Washington, DC, Lagarde said the fiscal program is expected to come to an end in August and that the IMF was committed to continue to supporting Greece to help it return to “economic sovereignty”.
However, she added that “structural reforms must actually be implemented, and there is work on the way”.
The eight years of fiscal policy, although very difficult for the Greek people, “significantly improved the [country’s] economic position,” Lagarde said.
The fact that the 10-year Greek bond was below 4 percent on Wednesday “is clearly an indication that markets eventually will finance Greece because that is the ultimate progress, public financing to be replaced by private financing”.
Markets, she said, “are looking at the Greek situation much more favorably than they were before”.
Lagarde also criticized the policy of public spending cuts, which she said the IMF had never advocated.
“We know that some of those (economic) successes — and they were good results, often better than expected — are attributable to very drastic measures that were decided by the Greek government, not necessarily on the advice of the IMF, because we have not advocated for additional public spending cuts. So much has been cut,” she noted.
(Source: AMNA)