Lights Off in Greece for "Earth Hour" 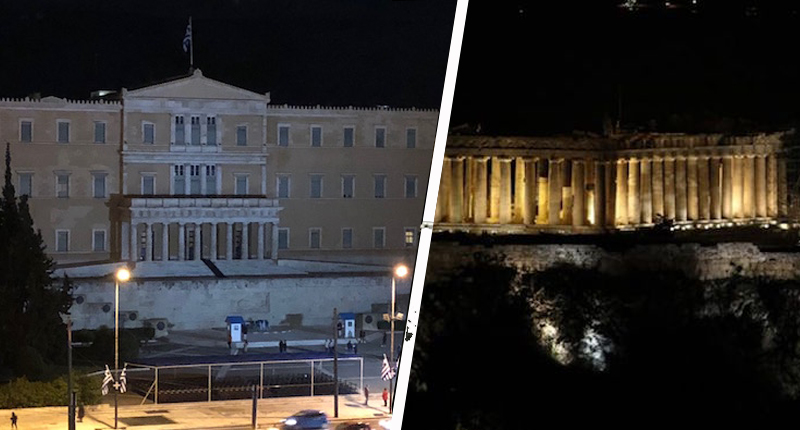 The lights on Parthenon on the Acropolis Hill, the Greek Parliament and other Greek landmarks went out on Saturday night in observance of Earth Hour 2018.
Emblematic monuments and buildings around the world went out on Saturday during the established “Time for the Planet” aiming as always to mobilize global citizens against climate change, and more generally to protect nature, one goal added to this year’s event.
The Earth Hour initiative, launched in 2007 with just one event in Sydney, Australia, is now being organized in four corners of the globe to raise awareness of the dangers of climate deregulation. The last three years have been the warmest ever recorded.
At 20.30 local time many buildings and monuments sank in the dark for an hour, from the Acropolis, the Eiffel Tower to the Sydney Opera House, Big Ben, the Kremlin, the Hong Kong skyscrapers, Burj Khalifa’s skyscraper Dubai, St. Peter’s Cathedral, the Niagara Falls, the statue of Christ the Redeemer in Rio.
However, this year, the organizers want to protect nature at the time when the IPBES Intergovernmental Platform on Biodiversity and Ecosystem Services (IPBES) meets in Colombia to confer on the state of fauna, flora and terrain.

Aristodemus: The Only Survivor of Sparta’s 300 Died a Hero