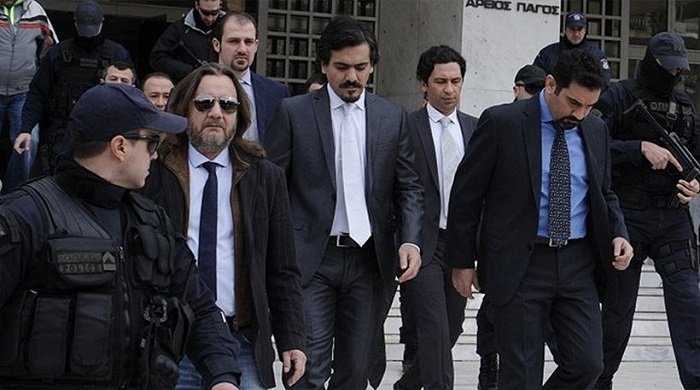 A Greek appeals court rejected for a third time on Friday an appeal by Turkey seeking the extradition of eight former servicemen who fled to Greece in 2016.
The eight servicemen sought political asylum in Greece following Turkey’s failed coup in July 2016, in a case that has increased tension between the two countries.
Announcing the decision, presiding judge Ioanna Klapa said that the new request was “unsubstantiated” and contained no new evidence against the eight servicemen.
She also pointed it out that “there is no evidence that they will face a fair trial, [and they may instead] be subjected to torture and degrading and humiliating behavior”.
Earlier, prosecutor Evgenia Kyvelou argued that Greece’s supreme court has already ruled — on an examination of a first extradition bid — that the men would not get a fair trial in Turkey and would face inhumane treatment there.
She said new Turkish charges that the men belonged to an armed terrorist group and were involved in attempted murders have no solid grounding.
The court also heard testimonies from Yannis Ioannidis, the president of the Hellenic League for Human Rights, and Apostolos Doxiades who is a prominent academic.
They both argued that human rights in Turkey are under attack and the situation is worse than last year when Ankara first applied for their extradition.
Handing them over to Turkey may expose them to torture and unfair trial, they said.