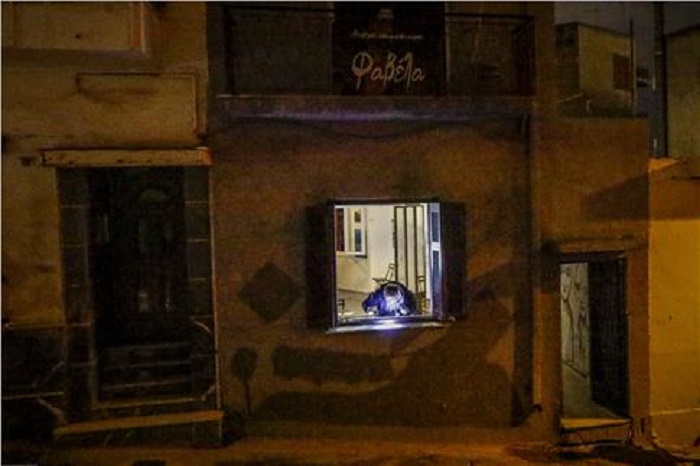 Five people were injured, three hospitalized, when a gang of suspected neo-Nazis attacked an anti-fascist center in the Greek port of Piraeus on Sunday.
The attackers stormed the Favela Free Social Center in the Piraeus suburb of Keratsini, wielding iron bars and setting off flares.
Eye-witnesses say that the eight-strong group were chanting support for Greece’s Golden Dawn — a far-right party.
After the attack they sprayed the walls of the center with the swastika and fascist slogans.


“Today in the afternoon while we opened our center for our weekly meeting, we were attacked by a group of Golden Dawn members with iron bars, helmets and flares,” a post on the Facebook page of the Favela Free Social Center read.
The Favela center was also attacked last August, and four people were arrested by the counter-terrorism unit, according to the Athens Macedonian News Agency.

The Chronicle of the Morea: Invaluable History of Medieval Greece