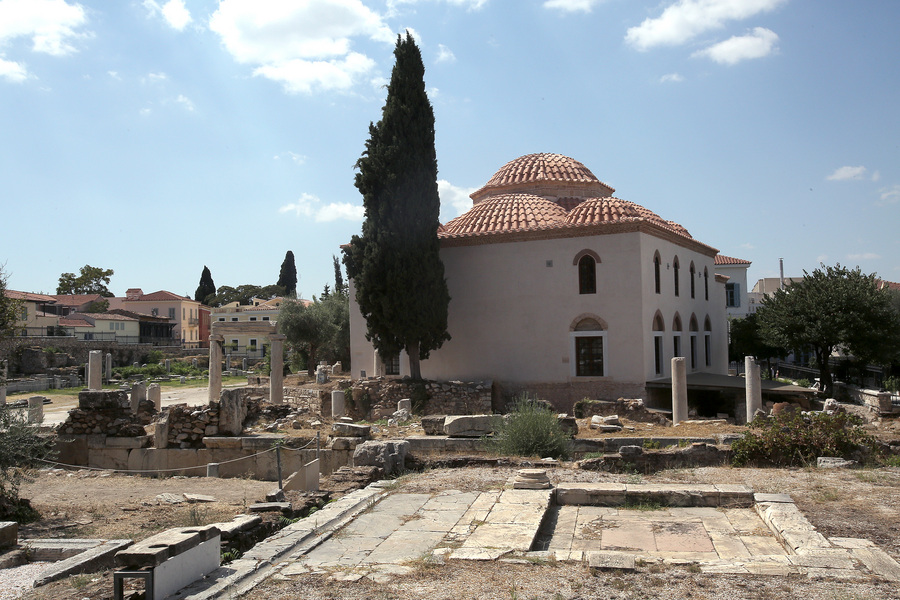 An exhibition entitled Hadrian! Savior and Builder, dedicated to the legendary emperor, will feature at the newly restored Fethiye Mosque in Athens’ Roman Agora this week.
The exhibition opens on Wednesday and is being organized by the Ephorate of Antiquities of Athens. A wealth of material on Hadrian’s architectural and infrastructure works which benefited Athens during Roman rule will be on display.
Hadrian was an avid admirer of Greek culture and he visited the city three times as Roman ruler. At the same time he brought important state reforms.
The new exhibition also features artifacts from Athens itself, influenced by the spirit of Hadrian.
Fethiye Mosque was built in the second half of the 17th century when Athens was under Ottoman rule. It is located in the northern part of the Roman Agora, near the Tower of the Winds, built on the ruins of a three-aisled basilica of the Middle Byzantine period.
Since 1834, when Athens became the capital of the Greek state and until the first decades of the 20th century it was used as a military bakery. Since then it has been used mainly as a warehouse for antiquities discovered in the excavations of the Agora and the Acropolis.
In the autumn of 2010, the Ministry of Culture decided to empty the building of the various antiquities and launched a renovation project.