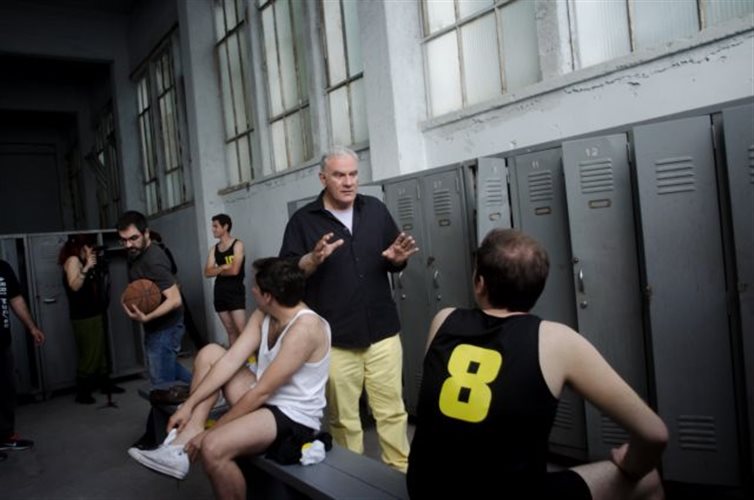 On January 25th, a Greek sports legend is to be revived, 50 years after the event as “1968” tries to bring back the glorious night when AEK won the European Basketball Cup.
The new Tassos Boulmetis film is inspired by the epic game of AEK against basketball giants Slavia Prague in 1968. It was completed last year, but the producers chose to release in 2018, in the 50th anniversary of the legendary match.
Boulmetis became famous with his second feature film, “A Touch of Spice”, which he wrote, directed and co-produced. A story based on true facts drawn from his own life and heritage, it really touched a soft spot with Greek audiences, as it became the biggest hit ever in Greece with over 1.600.00 tickets and has been distributed in 45 countries. “A touch of Spice” has been shown in several festivals around the world and has been awarded with 8 Awards of excellency in Greece.
For his new movie, the director recruited a rich and talented cast to present the fascinating backdrop behind a dream that became true: the winning of the Cup of Cups in basketball by AEK.
Antonis Kafetzopoulos, Ieroklis Michailidis, Giorgos Mitsikostas, Vassiliki Troufakou, Orpheus Avgoustidis, Stelios Minas are some of the best Greek actors.
The year is also one of the protagonists of the film, as 1968 was a year of major political and social changes, marked by the student uprising in Paris, the people’s revolt in Prague, the Robert Kennedy assassination and, of course, the second year of the military junta in Greece.
And within that time frame, the AEK victory was a victory for suffering Greece. It was the first time in the history of Greek sports that the national team won a European cup.
The venue was also a historical landmark. The final was held at Panathenaic Stadium, an all-marble stadium built in 330 BC.
The Panathenaic Games were held there in ancient times and it was the arena the first modern Olympics were hosted in 1896.
On April 4, 1968 a modern triumph took place there, as 80,000 spectators watched the game, while millions of Greeks were hooked on their radios to listen.
Like in “A Touch of Spice”, in “1968” Boulmetis gives a lot of weight to the political and social background against which his story unfolds, thus giving an extra, exciting dimension to the narrative.