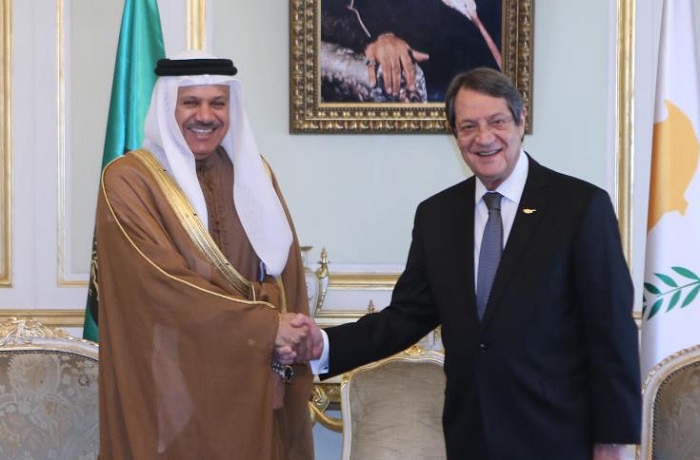 Relations between Saudi Arabia and Cyprus have become closer under the leadership of President Nicos Anastasiades and Abdul Latif Bin Rashid Al Zayani, the Secretary-General of the Gulf Cooperation Council (GCC) said on Wednesday.
According to an announcement from the presidency, Anastasiades met with Al Zayani on Wednesday, in Riyadh. The GCC official thanked Anastasiades for the position Cyprus maintains within the EU vis-à-vis Saudi Arabia.
The meeting was also attended by Foreign Minister Ioannis Kasoulides, Government Spokesman Nikos Christodoulides and other officials.
Anastasiades arrived on Tuesday in Riyadh and is the first president of Cyprus to pay an official visit to Saudi Arabia.
Source: CNA

Greece has now surpassed 850,000 Coronavirus vaccinations, while another 50 vaccination centers will be added to the current 750.
Cyprus