GRNews
GreekReporter.comGreek NewsDiplomacyMacedonia: The Story of a 26-year-old Name Dispute Between Greece and FYROM

Macedonia: The Story of a 26-year-old Name Dispute Between Greece and FYROM 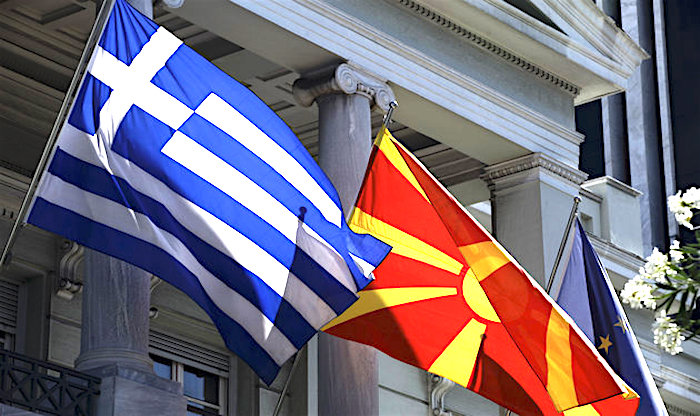 The thorny issue of the name of Former Yugoslav Republic of Macedonia (FYROM) has generated new tensions in Greek Parliament as the government appears ambivalent over the use of the word “Macedonia” in the name.
Junior coalition partners Independent Greeks, and especially leader Panos Kammenos, openly express their disagreement with the inclusion of the word “Macedonia”, in FYROM’s name.
According to the Greek Ministry of Foreign Affairs the issue of the name of the Former Yugoslav Republic of Macedonia is not just a difference of acceptance of historical events or symbols between the two countries. It is a question of a United Nations Member State going against the fundamental principles of International Law, and in particular, respect for good neighbourliness, sovereignty and territorial integrity.
The story of the naming dispute between the two Balkan neighbours started in 1991

FYROM remained adamant on its position over the name, and rejected Greece’s suggestion. However, the new Skopje government of Zoran Zaev, formed in the summer of 2017, seems more willing to put aside irredentist claims, and to sit down at the negotiating table. Nevertheless, the new administration wants the word “Macedonia” in the name.