Greece Between Rock and Hard Place over Turkish Pilot Asylum 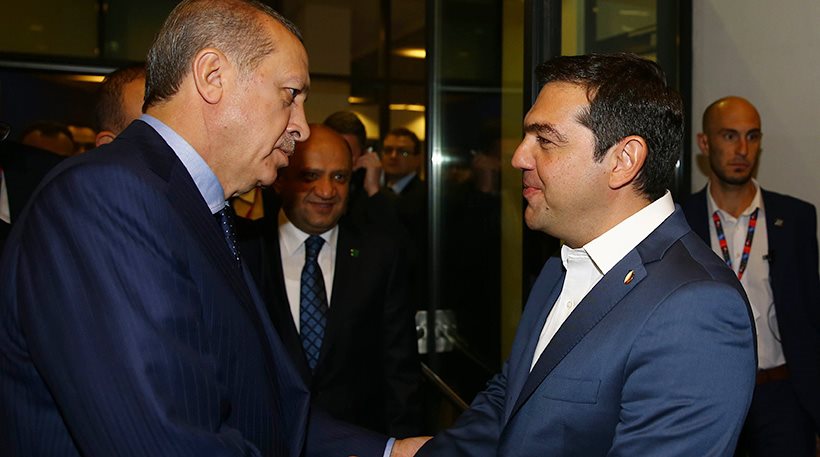 Ankara continues to bully Athens after Greece’s Supreme Court decision for the non extradition of the eight Turkish military men who sought political asylum in Alexandroupolis after the failed coup attempt in Turkey, on July 2016.
The Greek court decided that the eight Turkish soldiers should not be sent back to Turkey on the ground that they will not receive a fair trial and their lives might be in danger if indeed they are returned to Turkey. They were not granted asylum, however, and they remain in custody.
Yet, on Friday, a judicial committee decided to grant asylum to one of them, a decision that infuriated the Turkish side.
The very next day (Saturday) the Greek government filed a motion to overturn the court’s decision. On New Year’s Eve, Turkish Deputy Prime Minister Hakan Cavusoglu  Deputy Chairman openly threatened the Greek side, saying, “The terrorists you release today are like dynamite ready to explode, and you may not have a country to protect when it does.” Cavusoglu also said that Greece is “a country that protects and embraces plotters”.
When Turkish President Recep Tayyip Erdogan visited Athens in December, he raised the issue of the non extradition of the eight soldiers. Greek Prime Minister Alexis Tsipras replied that the Greek government respects the separation of authorities and International Law. To that, Erdogan argued that Tsipras had promised him to send the eight men back to Turkey during a conversation the two leaders had immediately after the putsch.
The motion to overturn the court’s decision shows one of two things: Either Tsipras does not respect court decisions and the separation of authorities, or he admits he is truly bullied by Turkey.
Unfortunately for Greece, both of the above apply. Tsipras and his cabinet members have often attacked the judicial system and showed disrespect for its decisions. The prime minister actually is quoted saying that “it is often the justice system that prevents us from implementing our policies”. Well, someone needs to inform the prime minister of the basics of the system of checks and balances.
At the same time, Tsipras’ hastiness to promise Erdogan that he will extradite the eight soldiers during that telephone conversation shows that he actually fears Turkey. His foreign minister proved that with his pathetic act and words when he kissed up on Erdogan by wearing a tie the Turkish president gave him calling that “good diplomacy”. How can a leader respect a foreign minister when the latter behaves like a pupil who hasn’t done his homework and kisses up on the teacher?
Greek judges did not let the latest effort by the Greek government to interfere with justice without a fight. Eleven former bar association presidents from across Greece issued a joint statement criticizing the Tsipras administration for disrespect to the judicial committee decision.
“International legal and case law rules are officially inviolable by every government that respects itself and its citizens, and the same international rules are not subject to short-sighted, capricious, opportunistic and expedient policies,” the statement read.
In an effort to justify the crude attempt of the administration to influence judges, government spokesman Dimitris Tzanakopoulos stated that, “The political position of the Greek government is clear: those who are suspected of being involved in the coup in Turkey are not welcome.”
Again, this is another smokescreen coming from Maximos Mansion: The issue was never whether the eight men had any involvement with the coup, which probably they did. The issue was whether they will receive a fair treatment upon their return to Turkey, given the fact that other coup suspects had been tortured and jailed under conditions that violate human rights laws.
The eight asylum seekers who were protected by the Greek government on the grounds of human rights and International Law, all of a sudden were no longer welcome, according to Tzanakopoulos, because they are coup plotters. The government spokesperson also referred to the Geneva Treaty, according to which coup plotters are not eligible for asylum.
That raises several questions: Was the Greek government unaware of the Geneva Treaty 18 months ago? On what grounds did Tsipras promise Erdogan their extradition? Why they were telling Greek people all along that the eight men were treated as refugees seeking asylum? What instigated the sudden change of status from “refugees” to “putsch plotters”?
Again, unfortunately for Greece, these questions, as many others that challenge the administration’s competence and intents, will go unanswered.