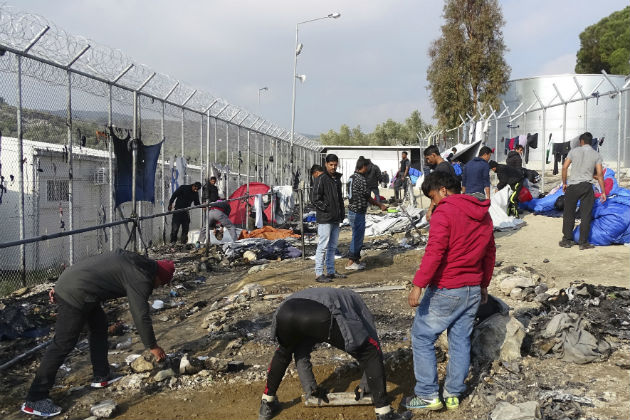 The Greek government and local authorities are responsible for the squalid living conditions of refugees at the Moria registration centre, said Maarten Verwey, Director-General and Head of the Structural Reform Support Service in the European Commission.
Verway; who is the EU coordinator for the implementation of the EU-Turkey agreement on immigration, spoke to New Europe magazine pointing out that, “The Commission has given the money to ensure the right living conditions for all. However, the Commission can not order the creation of new facilities or the extension of the capacity of the existing ones against the will of competent authorities.”
This was in answer to a question following images of the appalling living conditions of refugees and migrants at the Moria camp on Lesvos island, as shown in a Deutsche Welle report.
As the magazine notes, with this position, the EU Coordinator blamed Athens and local authorities for the conditions in the Lesvos and Chios camps.
For Verway, the major issue in Greece is “the serious overpopulation in the hotspots”, while stressing that “a viable solution requires a more effective return policy,” meaning the return of refugees to Turkey, as per the EU-Ankara agreement of March 2016.