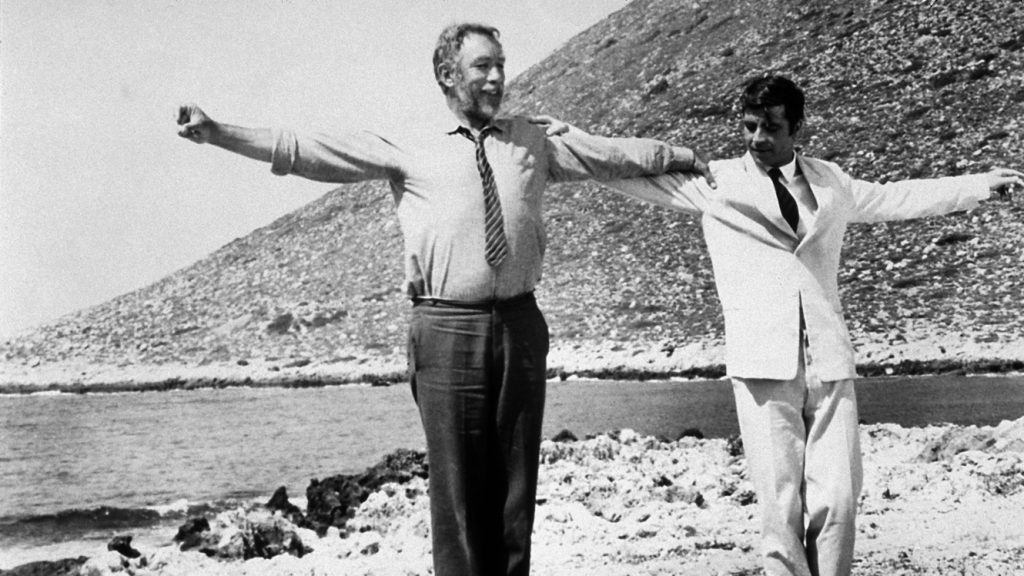 On this day in 1964, a movie that spells “Greece” like no other premiered in New York City. “Zorba the Greek” is the timeless, best known film about Greece.

Written by Nikos Kazantzakis, the book “The Life and Times of Alexis Zorbas” “was made into a movie with the English title “Zorba the Greek “. It was directed and produced by Michael Cacoyannis and the 20th Century Fox Corporation, starring Anthony Quinn as the emblematic Greek of his time and Alan Bates.

The score was written by Greece’s best composer, Mikis Theodorakis, and the theme song and dance has become the trademark music of Greece.

It is the story of an uptight British writer traveling to Crete on a matter of business and his encounter with a gregarious, full of life, street philosopher Greek by the name of Alexis Zorbas who will change his life.

Other than a big commercial success, the Cacoyannis film had several Academy Award nominations in 1965, such as Best Picture, Best Director, Best Actor and Best Screenplay Based on Material from Another Medium. It won the Best Supporting Actress (Lila Kedrova), Best Art Direction (Vassilis Photopoulos) and Best Cinematography (Walter Lassally).